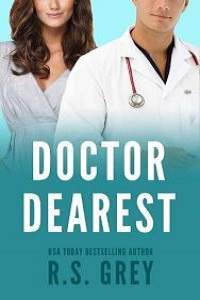 Let it be known that it’s incredibly difficult to sneak into a hospital. The security measures are no joke: locked double doors, guards posted like sentinels, ID access points, and boobytrapped wires that detonate grenades if you accidentally trip them. Okay, I made that last one up, but it really does feel like I’m trying to survive the boss level of a video game just to make it up to my usual post in the burn intensive care unit.

The trouble starts down in the lobby when I see a group of fourth-year residents and am forced to hide out in the gift shop between the stuffed animals and the magazine rack—concealed behind an unfolded newspaper—until they’re gone. Then, to go undetected from there, I have to hug the walls out in the lobby with my head down and my hair covering half my face. I skip the elevators and opt for the stairwell. Then, right when I think the coast is clear out in the hall, I have to quickly duck behind an overgrown fiddle-leaf when one of my old surgical preceptors suddenly appears out of thin air. After he passes and my heart rate slows (it was a lot of stairs, okay?!), I hesitantly peer around the final corner to confirm I’ve successfully made it to my destination without getting caught.

Straightening my clothes, I swipe my badge and breeze past the double doors on my way to the nurses’ station in the center of the BICU. My head is held high. My white coat has my name on it, embroidered in blue thread. There’s even an M.D. on the tail end. I belong here.

Lois, the most seasoned nurse in the unit, narrows her eyes at me over the top of her computer screen. Her reaction is why I had to sneak up here in the first place. Everyone knows what today is.

I give her a big smile. Lois commands more respect than half the doctors I know. Her glares could weaken the knees of anyone wearing a white coat, but I like to think she and I have a special bond after working together off and on these last five years.

“You’re not supposed to be here,” she says flatly.

Lois isn’t one to mince words. I once thought she was smiling at me, but it turned out she was only inspecting her teeth with the back of a spoon, making sure nothing was wedged in there after lunch.

I lean across the counter and try to see whose file she has open on the computer.

She angles the screen away from me.

“Lois, c’mon. Is that Camila’s chart? I tried to look at it in the system but my log-in won’t work on any of the computers.”

“That’s because Dr. Patel had IT disable it until Monday. He knew you’d be up here, sniffing around. You just can’t help yourself.” She has this uncanny ability to speak as if your mere existence on Earth is enough to grate on her nerves.

“As far as I know, it’s the first time it’s ever been done. Consider yourself special.”

She goes back to typing, her lips pursed in a tight line.

“C’mon. This is how you’re going to treat me after five years? What about all those laughs we shared?” There were no laughs. “And the inside jokes?” Again, none. “I know I was your favorite resident, even if you didn’t say so.”

She slowly raises her gaze back to me, and her tough exterior gives way a fraction of an inch. She’s a glacier thawing in spring when she speaks again. “Honestly, what are you still doing here anyway? Isn’t it your big night tonight?”

I check my watch. Shoot. Sneaking around the hospital took longer than expected.

I have to be at the hotel in an hour.

That’s not much time. Panicked, I lean forward to get a better look at the patient chart she’s working with. My feet dangle off the floor. “Can’t you just tell me what they decided for Camila’s treatment? Did an attending lead afternoon rounds? So help me, if those fourth years forgot to—”

She rips the chart out of my grasp.

“Dr. Martin, they’ve got it covered. And even if they don’t, we do,” she says, nodding toward the nursing staff behind her. “I promise. Now go, and I’ll see you on Monday.”

I slowly slide off the counter, knowing I’ve been defeated. I have no choice but to leave the care of these patients in the hands of other people, at least for one night. I have somewhere to be.

I tip my head to Lois and turn to sluggishly trudge out of the unit, knowing it’ll be the last time I do it as a fifth-year general surgery resident. Come Monday, I’ll begin my year-long fellowship in pediatric burn surgery. The power is already rushing to my head. I’m daydreaming of all the grunt work I’ll pass on to the interns when I hear my name called across the hallway.