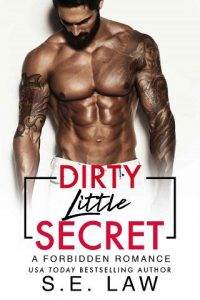 I sit at my keyboard plucking away at whatever suits my fancy. The notes flow from Fur Elise to In the Hall of the Mountain King and back again. I have a tiny studio apartment with thin walls, so headphones are a necessity. With them on, only I can hear the music coming from my Yamaha CP88, and I close my eyes as I lose myself in the music. I know exactly where each of the eighty-eight keys are, so I don’t have to pay attention as my fingers fly of their own accord.

The keyboard is so fancy that it should have cost more than a month’s rent, but I got it for a fraction of the price at a pawn shop a couple years ago. There are scratches in the frame and not all the dials work anymore, but it’s okay – I can make do. A few hours of careful cleaning and polishing got everything looking almost like brand new, and it plays like a dream, which is most important. Then again, I named my keyboard Scrappy because it’s a cute moniker and describes my instrument’s past accurately.

After all, playing music professionally has always been my dream. I grew up an only child in North Dakota, and my parents always encouraged my interests. Bob and Dorothy were older parents when they had me, and were over the moon to finally be blessed with a child after many years of trying. As a result, they’ve always supported my passions, and are my biggest fans even to this day.

Plus, I went to Juilliard—yes, the Juilliard—to major in piano performance, and to study under the best instructors. Overall, it’s wonderful, but there have also been a lot of highs and lows. For example, I graduated from Juilliard with top marks, but every job seemed to require years of experience. I applied anyways, hoping against hope that they’d see my talent and call me back, but no dice. The only response I got was a mistake; the recruiter apologized and said she’d accidentally emailed the wrong person. Dang, what a downer.

I don’t mean to be depressing or cynical about my prospects, but at this point, I’m more likely to be hired as a dishwasher than as a professional musician. To keep my skills up, I play once or twice a week at a joint called Jamie’s, a piano bar in the city. It’s a nice gig, but what I make barely covers my water and electricity bills. As a result, I had no choice but to find alternative ways to make money, and for me, that meant becoming an escort.

Yes, I’m that kind of escort. The kind your mom warns you about, and the kind that the girls in school whispered about behind cupped hands. But it’s not that terrible, to be honest. My agency, City Girls, doesn’t ask us to sleep with our clients. Instead, the men pay for companionship, which usually means drinks and dinner. But I admit that if a client is handsome and kind, then sometimes I will provide a little extra for the right amount of money. Okay, it’s more than a “little” extra. I give them the full monte, and these men are totally satisfied and sated after I’m done.

But things have been getting too crazy, and it’s probably time for me to quit. A couple months ago, I had a job in Jersey with a client named Brandon. The older man was gorgeous and soon, we were going at it hot and heavy in his bedroom. I was taking it up the bottom and loving the deep penetration, when suddenly, a woman appeared in the doorway. I know Brandon saw her. I could tell that he was aware of her presence, but instead of stopping, he just took me even harder. The handsome client gripped my hips and started thrusting like a madman, and I could swear that he wanted that strange woman to see.

That’s why I want to leave City Girls now. Things are getting really messed-up, and to be honest, I don’t want any part of someone else’s mind games. I want things to be honest and upfront, and you don’t get that when you’re an escort. As a result, I took Brandon’s money and left New Jersey immediately. He paid me a generous bonus through the agency later, but honestly, I’d had enough. It’s time for me to retire.

Suddenly, my phone vibrates against Scrappy’s frame. I keep it there because my noise cancelling headphones are so good at cutting out the din in my apartment that I wouldn’t know if my cell rang unless it’s right next to me. I slip my headphones off my head, but the cord gets tangled in my unruly brown hair. I fight with it for a moment, free myself, and pick up my phone before sighing. Oh no, I’m getting a video call from Margaux, my manager at City Girls, and my heart drops to my feet.