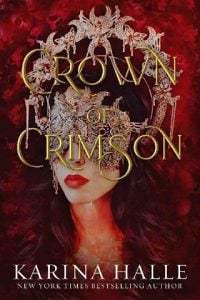 The Caves of Vipunen

“Have you gotten cold feet?” the deep voice of reckoning booms across the walls of the cave.

“That’s a rather modern phrase for someone so old,” I respond, adjusting the blind mask. I wish I didn’t have to wear this ridiculous thing every time I sought out the giant, but because I can see in the dark, Antero Vipunen takes no chances. They say there’s no way to kill the God of Death, but there is and he’s in the cave with me. Sometimes I think that Vipunen’s power rivals that of the Creator, and he could destroy this whole world if he wanted to.

As such, I wear the blind mask so I don’t piss him off. Part of me feels bad that both my children had to train in combat with him, wearing this heavy bronze and iron mask the entire time while wielding the sword. But at least they’re the finest warriors now.

I also used to think that there would be no day where their training would be put to use, but I feel that day creeping ever closer, like the snakes do if you stay too long in the crypt.

“Then what is it that has you seeking my counsel again?” Vipunen asks, louder now. In the background I can hear stalactites falling from the ceiling and crashing onto the cave floor, splashing into the underground lake. As it always happens when I’m in the caves, I’m brought back in my mind, eons past, to when I was just a young little shit, thrown here on my first day on the job as God of Death. I felt so vulnerable—naked and helpless then—and I despise the fact that today I feel the same.

It’s a most unbecoming feeling.

“The mortal, Hanna,” Vipunen says. “Is there a problem?”

I let out a breath. Fuck. I hate how uneasy I feel. “I have some fears about the marriage.”

Vipunen lets out a low, rumbling laugh. More stalactites fall to the ground, one sounding too close for comfort. “Fears about marriage? Did you not learn your lesson the last time?”

He can’t see the fuck you smile on my face, but I hope he hears it in my tone. “Apparently not. I’m concerned that she may not be the one you prophesied about. Any chance you could, you know, clear that up a little bit? Give me something a little more to go on?”

Instead of being so fucking annoyingly vague from day one?

“To give you more information would be to interfere with your life and the natural order of things, and that I cannot do,” he says.

A cold blast of air comes rushing at me. I’m not the only one who can influence the weather and temperature with my moods. “You dare have contempt for me?” he bellows.

“No contempt, Antero, only frustration.”

“Is it not your wedding day?” he asks after a moment.

“Yes, in fact she might be at the altar right now.”

“Then you’re cutting things a little close, don’t you think?”

I sigh, adjusting the mask again. “I’m not asking if she’s the one, or the chosen one, I just need to know if I’m making a mistake. What if I marry Hanna and the one I’m supposed to be with, the one that is supposed to save my kingdom, comes along?”

Another laugh. “You think that another mortal girl will come strolling along into Tuonela like that?”

“So then Hanna is the one…” I surmise, trying to bait him.

“I will tell you no such thing. This has nothing to do with me. This is your future, Tuoni, laid out in front of you. You either take it or you don’t.” He pauses. “You really do have cold feet, don’t you? You want a way out. An easy way out. Well, no one told you to propose.”

He’s right. That was all my own doing.

I just couldn’t help it.

After what happened with Surma, everything changed. Hearing his intentions, him working for the Old Gods, it made me realize that the uprising wasn’t just a rumor. It was real and at our doorstep. I needed to do something about it, and quickly. I needed to marry Hanna in hopes that an alliance somewhere would form. Perhaps just the act of marriage itself, signaling to Louhi that I have moved on, that she is no longer the Goddess of Death, would do it, or telling the realm that I am part of a unit again would make them fall in line. Either way, it was time to act.

But then there was the surprising thing with Hanna herself.

I’d been so impressed by her, in awe of her, yet I did all I could to keep distance between us. The less distance, the less control I had. The more distance, the more my power remained firmly in check.