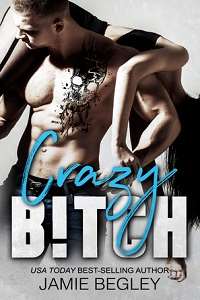 Her best friend’s living room would make up three of her apartments. Sex Piston had lucked out when she had gotten off her high horse and admitted she and Stud were a couple. The president of the Destructors and The Blue Horsemen hadn’t let any grass grow under his feet before marrying her.

The bitch handled his house and her business like a pro. She had even managed to get her stepchildren to love her as much as their own mothers. Meri and Keri had been wary at first, because they were older. To Star, who had been a toddler, Sex Piston was the only mother she remembered, which was a good thing, because Candi, her biological mother, was an addict. Sex Piston never mentioned her anymore, saying she had disappeared after her release from rehab four years ago.

The first years of her marriage had been easily managed with the help of Stud’s Aunt Katy, who had lived with them, babysitting Star and then Harley while running Stud’s older twin daughters to school and their activities, until she said the winters were hard on her bones and had moved to Florida, leaving them. Sex Piston continued on, managing her beauty shop, her three stepchildren, and Harley with barely a hiccup.

“You want a glass of punch?”

Crazy Bitch juggled the present she had brought. “Yeah.” Seeing the large table that had been set up in the corner for the presents, she maneuvered her way toward it, laying it down as Killyama placed hers down.

“Why are you with that loser?” Killyama asked.

“What you got against Sam? At least he has a job.” Not only did he have a job, but it was a good-paying one. He drove a car, had money in his checking account, and had a 710 credit score.

Her friend gave her date a phony smile as Sam handed Crazy Bitch a glass of pink punch. “Where’s Star?”

“Did you forget mine?” Killyama snapped at the man who looked hapless at how to respond.

“Sam, you mind getting Killyama a glass?”

Crazy Bitch waited until he was out of earshot before saying anything. “Cool it. He’s a nice guy.”

“Then what are you doing with him? You hate nice guys. That’s why you told Jonas you wouldn’t go out with him.”

“I changed my mind.” Lofty Crazy Bitch raised her chin on going back on her words.

“Since I decided I’m tired of partying with bikers.”

“That’s news to me. You love parties.” Killyama gave her a surprised glance.

“Not anymore. I’m turning over a new leaf.”

Her disbelieving snort had Crazy Bitch raising her chin higher. “I’ve been seeing Sam a month. You’ve just been too busy with Train to notice.”

“You pissed at me for standing you up on movie night?”

Crazy Bitch took a drink, making a face at the taste. There wasn’t any alcohol in it. The only thing it had going for it was the ice. “I’m not any madder at you than I am at Sex Piston for forgetting my car was in the shop and I needed a ride to work, or Fat Louise for forgetting to bring me tacos for lunch.”

Ever since her friends had married, she had become last on their list of priorities, coming right after going to get their yearly pap smears.

Crazy Bitch finally saw Star when she came out of the kitchen with Stud, and Stud’s brother coming out behind them.

Dressed in blue jeans and a work shirt from Stud’s garage, he looked like what he was—a mechanic. He hadn’t even bothered to change out of the grey shirt, while Sam had dressed in nice black jeans and a striped shirt tucked inside.

She never had to wonder who Sam was doing when she wasn’t with him. With Calder, it wasn’t a whom, but how many.

She had dodged a bullet with him.

When Stud and Calder had hung around the Destructors’ clubhouse while Sex Piston’s father, Skulls, was president, she had flirted with him, despite Sex Piston’s warnings that Calder was using. Crazy Bitch hadn’t cared. If a dude had to take a drug test before she hooked up with them, she would still be a virgin.

She had felt a vibe in her pussy every time she danced with or talked to him, knowing that huge outline of his cock underneath his jeans could get her off, unlike the other jokers in the club she had bedded.

Every time he showed up at the Destructors’, she made a beeline toward him like a fucking bitch in heat. Stupid bitch that she was, she assumed he was just as into her as she was him. She danced the night away with him, his cock riding her belly until she decided the night would end with Calder in her bed.