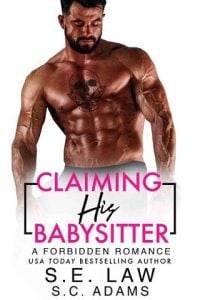 If you’d told me a few months ago that I would be sitting on a porch today with a man four times my age sipping lemonade, I wouldn’t have believed you. But it’s nice, actually, because Fred Walsh is possibly the sweetest old man I’ve ever met, and he’s pleasantly attentive whenever I come over to read to him. We met through a program at my school called Reading with Seniors, which pairs high school seniors with senior citizens for ‘literacy sessions.’ The idea is pure genius because older folks aren’t really known for their great eyesight, and high school students like myself are always looking for opportunities to improve our college resumes.

I know, it’s bad. I was totally about being “well-rounded” so that I’m a “competitive candidate” when it comes to college applications, but it’s turned out to be more fun than I thought. Fred is sprightly with a wicked sense of humor, even if he’s mostly confined to a wheelchair now. Although he’s in his seventies, he’s still sharp as a tack, and we’ve had some great conversations about the books we’ve read, school, and everything else in between. The elderly man’s got a ton of wisdom to share, and he always gives me great advice when I’m having a problem with something.

But today, we’re focused on Moby Dick. I’ve been reading for a little over half an hour now, and we’ve just reached the end of a chapter, so I pause to take a sip of lemonade. Reading out loud for so long makes my throat scratchy, and there's something just so incredibly refreshing about lemonade on a warm day. I glance over at Mr. Walsh, who’s currently looking out at the garden surrounding his mansion.

“Are you okay, Mr. Walsh? We can break for today if you’d like, or maybe switch to a different book if you’re not feeling this one,” I say, half hoping that he’ll agree to switch tomes. Unfortunately, classics have never really been my thing and this particular tale of nautical adventure doesn’t really float my boat (pun not intended).

Of course, it’s not that I don’t appreciate Moby Dick, but I’ve always been more of a romance girl myself. I like stories about a dashing hero who sweeps the heroine off her feet and saves her from a crisis as they fall deeply in love and live happily ever after. That’s way more interesting than a man with a vendetta against a whale. I mean, seriously, it’s a whale. Trust me, the animal isn’t out gunning for you no matter what you think.

But Fred turns to me and smiles wide.

“No, this is good, my dear. I quite enjoy Moby Dick because Ahab’s such a character. It’s a story that many people can relate to, whether they want to admit it or not.”

He chuckles at my chagrined expression because of course, I was just thinking how I don’t identify with this story at all.

“Don’t worry, Natalie,” he says, reading my mind. “It’ll grow on you with time. It just takes some life experience, that’s all. Besides, if I hated this book, I’d tell you. I’ve been on this Earth long enough to savor every moment, and I’m not going to waste time on something that I detest.”

I take another sip of my lemonade and grin because that’s one of the things I appreciate about old people: they don’t sugarcoat things. Mr. Walsh always tells it like it is, and at this point in his life, he doesn’t really care what other people think. Good for him.

But like many elderly folks, he also feels free to talk about anything and everything under the sun. Sure enough, Fred hits me out of left field with my least favorite question, making me choke on my lemonade.

“So what are you doing spending your youth reading to an old codger like me? Shouldn’t you be out on a date? I’m sure you’ve got lots of boys lining up for a chance to take you to dinner!” The old man gives me a wink and I groan before rolling my eyes with a wry smile.

Mr. Walsh looks genuinely surprised, and I try to wave away the topic as I blush in embarrassment because I hate talking about my love life, or more accurately, my lack thereof. It seems to do with my shape. I’ve always been on the curvier side, and most boys at my school like skinny girls. They like slim, sexy women in cheerleader outfits, and unfortunately, I’m nothing like that. I have hips that don’t lie, a big bottom, and a generous bust too. When boys do pay attention to me, they’re usually trying to copy my homework, so that’s a no go. But I paste a bright smile on my face.