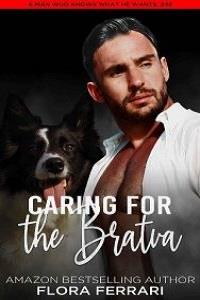 “You can’t be serious,” Kesha snarls from beside me.

My little brother’s lisp might make people think he’s weak or in some way deficient, but that would be a dangerous assumption on their part.

Kesha is wiry and wears big chunky horn-rimmed glasses, but he’s as tough as they come and everybody knows it. Even with his lisp, Flavio Greco leans back slightly when my little brother turns his rage on him.

We’re sitting on the balcony section of the club, music pumping from the floor below us, meaning we have to raise our voices to be heard. All around us, Bratva and Italian Mafia sit, bristling and waiting for violence to erupt at any moment.

I sit back and move my forefinger around the edge of my whiskey glass, observing and waiting.

“Let’s be reasonable,” Flavio says after a pause.

He’s probably around my age – forty-two – but he looks older with how he’s abused his body over the years. Too much drinking has made his cheeks sunken and hollow looking. His eyes are glassy. His body is soft, not the hard worked body of a man ready to go to war. But he’s the leader of the Italian mob and, if we want to continue to function in this city, we have to play nice with him.

“How is it reasonable to arrange a meeting just to tell us you’re going to fuck us raw?” Kesha snarls.

I hide a smirk with a small sip of whiskey. I rarely drink more than a few sips, unlike Flavio and his men who neck glass after glass as if that’ll give them the courage they so sorely lack. I prefer to keep my wits as sharp as my blade, ready to do damage should the need arise.

Kesha grunts out a laugh, echoed by our men surrounding us.

Flavio flounders, snapping his gaze to me as though I’m going to offer him assistance. He doesn’t understand that a good leader knows when to remain silent, to let the cards be dealt until it’s time to make a move.

When he sees I’m not going to rush to his rescue, he turns back to Kesha with a tight grimace. “I didn’t realize we needed your permission to make some money.”

Kesha laughs again, gruff and menacing. I know the mobsters would love to make fun of his lisp, but they know what would happen if they dared to cross him.

I’ve taken care of Kesha all my damn life, and that hasn’t changed just because we’re both men.

He’ll be thirty this year, but I still see him as a kid sometimes, looking to me for guidance and leadership. My protectiveness flares as I scan the faces of the mobsters, searching for any sign of disrespect.

None of them will hold my gaze for long, preferring to turn their eyes down to the floor like the cowards they are.

“We’ve split the docks for years,” Kesha says. “How the fuck did you think you could make a play like this without asking us first? And threatening families… what sort of amateur shit is that? You’ll have the Feds breathing down our necks if you keep this shit up. It has to stop.”

“Is that what you think?” Flavio snaps, turning to me again, his lips watery and trembling from all the liquor he’s sunk during this short meeting.

I stare at him for a few moments, my eyes hard, my lips flat as a note of rage thrums through me. He doesn’t understand that Kesha is giving him an easy way out, a way to talk himself out of this rather than feeling the full force of the Bratva.

He thinks I’m going to save him, but he’s dead wrong.

If it wasn’t for my brother, I’d have beaten this man bloody already.

“I heard a couple of your boys broke into the union leader’s house and threatened his wife,” I say.

Flavio’s cheeks sink even more. He opens and closes his mouth like a fish.

“I… well, yeah, yeah, we did that. But I hardly see how the fuck that’s a problem. We didn’t do anything. We just sent a message.”

“A message you didn’t warn us about,” Kesha snaps.

He fish-mouths some more, and then his features grow hard. Or what passes as hard with a man like this.

“Listen, there’s a chance to make a boatload of money here. All this traffic coming into the dock, all this activity… if the union calls for a strike, do you know how many people are going to be looking to us to bail them out? Do you know how many businessmen are just itching to give us bribes?”