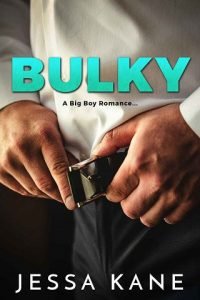 I stretch my right leg out and hook it around my best friend, Paul, stamping it down on the red spot, giggling when my arms start shaking from holding myself in place too long. We’re in his den playing Twister on Friday night, as we’ve done so many times growing up. Since I met Paul in seventh grade, his house has been my second home. Three of our other friends are sprawled out on the couch, cheering us on, one of them absently flipping through the television until finally landing on Love It or List It.

“List it, dude!” Paul yells at the television—which he is watching upside down through his legs. I’m getting ready to disrupt his balance by bumping him with my hip when the front door of the house opens and closes briskly. And I lose my balance instead.

Seven o’clock on the dot. Every time.

Outwardly, I try not to show a reaction, but on the inside I’m rattling like a rickety wooden roller coaster and my stomach has been left at the top of the steep drop.

He passes by the opening of the den and glances in briefly, smirking when he spies me collapsed on the Twister mat beside his laughing son. He doesn’t stop walking on his way to the kitchen, so I only get a few seconds to soak him in. Really, there will never be enough time to absorb his big, bulky body. Those shoulders. He’s hard and thick and impenetrable.

At Paul’s birthday party a few months ago—both me and my best friend are eighteen—Gunner came swimming with us in the backyard and I almost hyperventilated. My knees shook beneath the water at the sight of his salt and pepper chest hair, the round slab of his stomach.

And when the water molded his swim trunks to his lap, the enormous ridge between his thighs made my belly so ticklish, I turned so red everyone thought I had a sunburn.

I’ve been in love with him, roughly, since I was twelve.

No one compares. What Gunner does to me in my dreams is more satisfying than what any boy could hope to accomplish in real life, so I don’t even bother with them. College starts in a month and I’m already positive that none of the boys there will measure up, either.

At the reminder of college—namely, the tuition being due—my stomach groans and I roll to my feet, pasting a breezy smile on my face. “I’m going to go grab another slice of pizza from the kitchen.” I tuck my white-blonde hair behind my ears. “Anyone want one?”

They’re all too busy shouting at HGTV to pay me any attention.

That’s just fine with me, because I have to get my fix.

On the way to the kitchen, I tug my skirt a little higher and knot my tank top under my breasts. I put on a flirtatious smile. It’s kind of what I’m known for—being a flirt. A tease. Lately, it has been my body armor, so no one looks too deep. God forbid they find out I’m not really one of them. That I’m just pretending. Treading water. The flirting makes them roll their eyes and laugh, not take me too seriously. Every recent high school graduate in the den is filthy rich and I used to be among their ranks. If I can help it, they’ll never know how far I’ve fallen.

None of that is important right now, though.

There’s only Gunner. Getting a little glimpse of what I can’t have.

Pretending he’s mine for just a moment, like I always do.

When I walk into the designer chef’s kitchen, Gunner has a serious expression on his stoic face, frowning down at a pile of documents spread on the kitchen counter. His thick stomach is pressed to the edge, those meaty fingers leafing through the pile. At the mere closeness of him, my nipples turn to little peaks, skin prickling and heating.

“Mister Kraft,” I say, pouting, trailing a finger down the wall of the archway. “Don’t you ever stop working?”

“No,” he says dryly, without looking up. “Hello Josie. How are you?”

“Better now that you’re here.” I swagger over to the counter where he’s standing, propping a hip on the low cabinetry. “I always feel a little safer when you’re home.”

He cuts me a brief look, but he doesn’t bite any of the eye candy I’m offering.

Of course he doesn’t.

To him, I’m still a twelve-year-old with braces.

“You’re safe even when I’m not here. The alarm system is engaged and the gate is electrified,” he says absently, flipping a paper and scrutinizing the contents. “How is your father?”

“He’s well. He said to say hello.” That’s a lie. My father is barely present enough to acknowledge me these days, most of his time spent on the phone arguing with creditors. Maybe it’s the reminder that my college tuition money has been squandered that makes me feel a little reckless tonight. Normally, I would flirt a little with Gunner and he would send me back to the kids’ room with a proverbial pat on the head. But I want to be distracted from what’s happening in my life. I want the comfort of his arms, now more than ever—and that is saying something, because I’ve been all twisted in knots over this man since puberty.