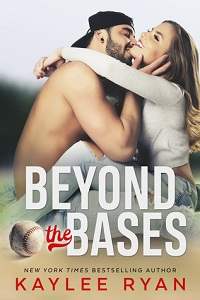 I tilt the bottle to my lips as I listen to my best friend and teammate, Andrew ‘Drew’ Milton, yammer on about some chick he hooked up with while we were on the road. Drew is what you would call a hookup artist. He’s bagging girls in every city.

“I’m telling you, East, you don’t know what you’re missing,” he says before finishing off his own beer.

“Fine.” He says the word as if he’s never heard it before. “Fine is for frog hair.” He grins, his Alabama country boy roots showing. “Grade A, all you can eat, is what I’m talking about.”

My lips tip up into a smile. I can’t help it. “Just because I don’t broadcast it, doesn’t mean I’m not getting it.” While lately I’ve been in a dry spell, I can’t help but wonder what it would be like to have just one woman. Someone to trust to be there regardless of my job. Someone who wants me outside of the balance in my bank account.

“Right.” He laughs. “How long has it been? Weeks? Months? Fuck, man, your dick is going to fall off from not using it.”

“Do you hear yourself right now?” I ask, amused. “My cock is fine, thank you very much.”

“Suit yourself.” He scoots back from the table. “You want another?”

“Yeah.” I reach for my wallet, but he waves me off, heading toward the bar.

Shorty’s is a hole-in-the-wall joint here in Nashville. It’s off the beaten path, and the patrons, as well as the owner, couldn’t give a fuck that the Blaze players hang out here. Which is precisely why we do it. The fans are great, and with growing up being the son of the Houston Flash’s all-star pitcher, I’m not new to the celebrity status. When I signed with the Blaze, I was all for it, lapping up the attention. I was eighteen and went straight to the majors. I was living the dream, or so I thought. Baseball has been my passion since I was a kid. I’m honored to be able to play a sport I love for a living. The rest of it, the attention and the hookups… that shit gets old, fast.

I’m fortunate that my dad taught me everything he knows. He didn’t just teach me about the sport, but also the industry. I didn’t go crazy like some of the other rookies. I’ve had my fair share of fun, but some of these guys make hooking up into a sport all of its own. Dad was a family man. I’m sure before he met Mom he was wild and crazy, but those stories are buried under a rock somewhere.

I finish off my beer and let my eyes roam the dark room. There are a few regulars playing pool on a table that looks to be as old as I am. There’s duct tape around the legs, holding it together. Besides that, there’s a dartboard that hangs a little further to the left than it should, but no one seems to care that it’s crooked. They continue to toss darts night after night. There are several small, round tables, and chairs with scratched legs. The bar itself is also wooden, with chips and carvings into the grain of the wood.

There’s a single flat-screen TV that hangs over the bar. More than likely, you can find a game of some sort playing at all times. Billy, the owner, is a sports nut. When I started playing for the Blaze, and the guys asked me out for a drink, they assured me that no one would bother us. I didn’t believe them, we were the Blaze after all, but they were right. Billy apparently threatened to kick anyone out years ago who bothered any of the Blaze players. Over the years, there have been a few newbies, and he’s the first to put them in their place or kick their asses to the curb. It’s nice to have a place to unwind and not have to deal with the masses.

My eyes sweep past the door and then back. Two women who I’ve never seen before just walked in. We’re here a lot, enjoying the anonymity and all that. Very rarely is there a face I don’t recognize, and none ever as gorgeous as these two.

“What are you…?” Drew’s voice trails off when he follows my gaze. “Damn.”

They’re both gorgeous, but I can’t seem to take my eyes off the brunette. I watch as her friend links their arms together and guides them to the bar.

“The brunette is mine,” I say, not giving him a chance.

“Hell yeah.” He claps his hands, rubbing them together. “That’s what I’m talking about.”

I don’t dignify his reaction with a response. Instead, I watch them. The blonde friend orders them drinks, and I’m surprised they both receive a bottle of beer. My kind of girl. They turn to look for a table, and Drew stands and saunters over to them.