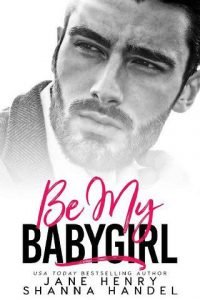 I sit in my darkened office, the screens in front of me lit up like a mission control center.

Hell, that’s exactly what it is.

Tonight’s mission: find a tall, lithe brunette with large eyes and pouty lips to wine and dine, seduce her into a one-night stand, and never let her know my name. I smile to myself in the darkness, then shake my head. Jesus, I feel like Batman.

I take a long pull from my beer. Downstairs, in front of others, I drink nothing but the finest whiskey, thank-you-very-much. Scotch and bourbon—select reserve. But up here in the privacy of my penthouse, I like to pop a cold one. Some say beer’s unrefined for a guy like me, but it’s my comfort food, reminiscent of simpler days and simpler times.

I stab at my phone, and it sparks to life. My contentment quickly sours when my calendar pops up and two big fucking entries this month flash before me like obnoxious neon road signs. I don’t need the reminders.

I shut my phone off and toss it on my desk. I watch as it slides before it skitters to a halt at the very edge. I get to my feet and stretch, energy vibrating through me. I pace, my eyes on the screens, but I’ve seen these faces so many times it feels like watching reruns.

I sigh and scrub a hand across my brow. I need something new, something different. A little excitement. Something that once again sparks the joy I once had, now buried beneath years of hard work and success.

And then my eye catches sight of a glimmering, glittery display so opulent, it’s attention-grabbing even for Vegas. I squint at the screen. What the hell is that? I step closer to the screen. It isn’t until I see Miranda Montague in her regal heels walk by that I feel my brows go up in surprise. I reach for the phone on my desk and push a number. My secretary answers on the first ring.

“Ruth, I thought the Escort Service wasn’t coming until the end of the month?”

“Oh, yes, Mr. Morrow. They had initially planned on the end of the month, but we had a cancellation, and the Sugar Daddies were eager to take the opportunity.”

I flinch when she says their given name.

Not a problem at all, unless you’re hungry for a pretty girl to fuck, long and hard and on your own fucking terms, and you know every damn woman in that lineup’s a knockout. But Sugar Daddies to them means something altogether different.

But I’m the boss, and I didn’t get here by sleeping with the help.

I disconnect the call, walk around my desk, and lean against the very edge of it. I fold my arms over my chest and narrow my eyes on the screen, this time my only focus, the long table laden with food, and a handful of women dressed in cocktail dresses and platform heels. The others haven’t arrived yet. These are the pros, the ones running the show preparing for the others.

They look classy enough to grace the cover of Esquire, and for good reason. Sugar Daddies is the single most profitable escort service in all of Vegas. We prefer euphemisms for what they do, of course, because technically prostitution is only legal in some places in Nevada, and Vegas isn’t one of them. On record, they’re only Sugar Daddies.

I glance at my watch. Thirty minutes until the girls arrive. Just enough time for me to get dressed, head downstairs, and watch them enter in person.

I won’t choose one, of course. Absolutely not. I’m much too civilized for that.

I pour a shot of the best scotch I own from the sideboard in my office as if to remind myself I’m better than that, I’ve risen above. That I don’t need to pay a woman to share my bed, and I fucking don’t.

As I stare at my open laptop, I press my hands into my lap to keep from biting my nails. I just painted them a few hours ago and there’s not even a chip on them yet. Most likely from lack of use.

Somehow, I hoped fancy red nail polish would make the keys in front of me magically work again, but nope. I’m still staring at my laptop like it’s a rattlesnake ready to strike, only now I’ve paired yesterday’s yoga pants and messy bun with a manicure.