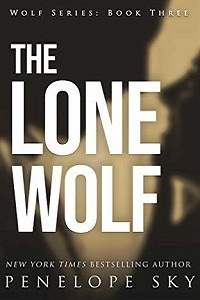 I had one of the servants pack my things into suitcases and carry them downstairs.

I gave my bedroom a final look before I walked out forever.

I made it to the front of the house where my black BMW was parked. In the divorce settlement, I didn’t ask for anything besides my car and some cash to start my life over. It was only a few thousand euros, just enough to get me an apartment until I picked up a second job bartending or waitressing.

Those bimbos obviously wanted him for his money, but I never had.

If Maverick wanted to continue to be used by women who didn’t give a damn about him, that was fine with me.

By the time I made it to the car, Maverick had exited the grand front doors and walked down the path toward me. In dark jeans and a gray t-shirt, he looked as beautiful as ever—but I didn’t see him that way anymore.

My trunk and back seat were stuffed with my things. Now all I had to do was drive away and forget this period of my life. My first marriage lasted less than a year. Hopefully, my second one would be more impressive.

“Arwen.” He caught my attention before I opened the door and got inside the car.

My hand stayed on the handle, but I didn’t get inside. The winter breeze was cold, and the ground was muddy from the rain we got the night before. Boots were on my feet, and my jeans kept me warm from the frigid air. With sunglasses on the bridge of my nose, I looked at him. “I’ll come by and pick up the papers in a week.” I opened the door.

He came around the front then forced it to shut under his palm. “What are you doing?”

“What am I doing?” I asked incredulously. “I’m leaving your ass. That’s what I’m doing.” I grabbed the handle again.

This time, he blocked it with his body so I couldn’t get inside. “That’s not what we agreed on.”

I laughed because it was such a stupid thing to say. “There’s a lot of other things we didn’t agree on, too.” I pushed him in the chest. “Get the hell out of my way. I owe you a slap, and I’m not afraid to use it.”

“You aren’t my husband anymore, so don’t worry about it.”

“I am still your husband.”

He kept up his stony expression.

“Seriously, get the hell out of my way. The last thing I want to do is look at that stupid face of yours. Kamikaze is dead, so I don’t need you anymore.”

“My father is still out there.”

“I’m not afraid of that old pussy.” I pushed him again, but he didn’t budge. “I can take care of myself.”

He slid his hands into his pockets.

He stood his ground.

I rolled my eyes then walked around the car to the other side. I crawled in through the passenger door then locked all the doors so he couldn’t yank me out of it.

He turned around and banged his fist on the window. “Arwen.”

“Then you should take some more money.”

The offer was offensive. I shook my head slightly. “I’m the only woman in the world who doesn’t give a damn about your money. It can buy you pretty things, but it can’t buy you happiness. I’d rather work my ass off for my shit then take a coin from you.” My foot hit the gas, and I drove off, his visage fading in the rearview mirror as I drove farther away. I hit the button and made the window roll back up and kept on going, the entire contents of my life packed in that car with me.

I drove to the edge of the property and reached the main road. The house was still visible in my rearview mirror, and I could see him standing where I’d left him. With his hands in his pockets and his eyes on my car, he waited to see me drive away for the last time.