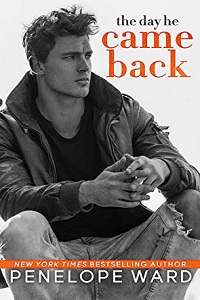 I made my way to the top of the grand, winding staircase. I had to pass Gavin’s old room to get to the master suite. And every time I walked by it, I thought of him.

My working in this house was ironic, to say the least. The mansion that once held so much life within its walls was now a quiet, echoing shell. Its beauty was unchanged, though. Situated in posh Palm Beach, the house overlooked the Atlantic Ocean, the murmur of the waves always registering through the open windows.

It was here that I’d fallen in love and had my heart broken all in the same summer.

Ten years later, I was back. The only staff left were the butler, housekeeper, and myself—the day nurse. We were here for him and only him. Mr. M had treated Fred and Genevieve well over the years, so they’d remained loyal, even though I’m sure they could’ve been swooped up by some other rich clients on this island for even more money.

And me? I was here because he’d asked me to stay. When the private-nurse staffing company I worked for gave me the address for this assignment, I’d practically fainted. And I nearly turned the job down due to a conflict of interest—I couldn’t imagine working for Gavin’s dad after all this time.

But then I’d gotten curious about what I’d find here, curious about the severity of Mr. M’s condition. I’d planned to work for one day, then request they reassign me. I’d figured Mr. M probably wouldn’t even remember me. But then…he called me Renata. That was a game changer.

One day kept leading to the next, and I began to feel like taking care of him was the least I could do—he’d been nothing but good to me, then and now. It felt like fate, really.

I opened the door to his bedroom. “Mr. M, how are you feeling after your nap?”

He turned to me. “You look nice, Renata.”

I opened the shades to let some light into the room. “Do you think you’d like to take a walk later? It’s not too hot out today.”

This might have seemed like a normal interaction between a client and his nurse, but this was far from ordinary. My name isn’t Renata, and Mr. M hadn’t had his wits about him for some time.

Renata was my mother. She worked here as the lead housekeeper for more than a dozen years and had been close to Mr. M—Gunther Masterson, prominent attorney to the stars. I let him believe I was her, his old friend and confidante. I knew now how much she’d meant to him. I knew I looked like her. I didn’t mind keeping her memory alive. So I went along with it.

It was pretty funny now to look back at the time when I’d been strictly forbidden from this home—a dark-haired, rebellious girl from across the bridge who stood out like a sore thumb in a sea of perfect, blond, Palm Beach debutantes; the girl who’d once won the affections of Ruth Masterson’s beloved oldest son, heir to the Masterson legacy, the son who’d defied her to pursue me.

Years later, things at the mansion couldn’t have been more different. I never imagined how much I would come to care for Mr. M.

Just as I was about to help Mr. M out of bed, there was a knock at the door.

Genevieve appeared and uttered the words that would change the entire course of the day.

“Mr. Masterson? Your son, Gavin, just arrived from London.” She glanced at me worriedly. “We weren’t expecting him. But he’s downstairs and coming up to see you shortly.”

Genevieve knew what this meant. She’d worked here back when everything went down with Gavin and me.

I had no chance to prepare myself. Before I knew it, I turned around and stared into the shocked eyes of the only guy I’d ever loved, one I hadn’t seen in a decade. I’d never dreamed that today—a random Wednesday—would be the day he came back.

My mother came up behind me in the kitchen. “A bit of a change in plans, Raven.”

I stopped wiping down the sparkling granite center island. “What’s going on?”

“I need you to stop cleaning and go grocery shopping instead. The boys are coming back from London today. Ruth only now told us.”

The boys were Gavin and Weldon Masterson, the sons of Ruth and Gunther Masterson—our employers. Gavin was around twenty-one, and Weldon was three or four years younger. I’d never met them because my mother never brought me to her work when I was growing up. She would talk about the boys from time to time, though. From what I’d heard, their return from Europe every year was like the second coming of Christ. I knew Gavin had just graduated from Oxford, and Weldon attended a boarding school there.