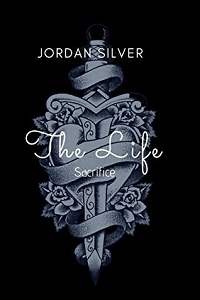 I watched and listened to Fontane’s meltdown and couldn’t dredge up even an ounce of sympathy for the man still. His wracking sobs of lament were just the beginning as far as I’m concerned and not a reason for me to ease up on him or show compassion. There are just some things in life that shouldn’t be so easily excused, forgiven, yes, but swept under the rug, hell no.

His daughter has been living with the repercussions of his actions for more than a decade. She’s almost an adult now, almost able to stand on her own two feet, at least that’s my hope, so it’s too late for him to pull his head out of his ass and get his shit together. I’m going hard on him with no letup because I dread what would happen, could happen if I leave him in her life.

There’s no guarantee that he won’t mess up again. It’s taking him this long, with all the evidence thrown at him, to come to terms with the truth. What could be his reason for not wanting to believe his own daughter and the things he’d seen firsthand? It can only be one of two things, either his ego won’t let him accept that he’d been wrong all along, or he’s afraid to face the truth.

Both those things are the products of a weak mind. If he can’t love her enough to put her first, then there’s no need for him in her life. I know part of my reasoning is selfish and self-centered. I want her to become strong, independent, and able to stand on her own two feet. But I also have the need to eliminate her enemies before I can safely go on with my plans without worrying about her future.

I slipped away to visit the grandparents under the guise of playing a game of chess with gramps before leaving for the trip, but in truth, I had way more important things to discuss once I got there. It had been tricky at first, letting someone else in on what I had planned. I had to because I admit I needed help, and other than Pop, I could only find it here.

No one would suspect, least of all Pop, that I would take such a chance. But herein lies the other reason I have to put space between Gianna and me. I’m not the boy she thinks she met. I’m not nice, not sweet, well I have been, with her. What I am is a calculating bastard who’d do whatever it takes to get the result I want.

I have a code of ethics that I live by, true, but if you cross me, there’s no length I won’t go to to end you. I dabble in things the world would shudder at, my computer is my weapon of choice for now, and I use it, along with others like me, to find and destroy those who prey on the weak with my mother’s past as the driving force that pushes me to go where most would falter.

I’ve sent men to jail after exposing their dark secrets, brought corporations down for using human beings like chattel; these are the kinds of things I do in my spare time. My heart, the one she’s been flitting around these last few weeks, has been dead or just about for a very long time.

But the kicker to all this is that I’m the one who thinks she deserves better. I want more for her, even though it kills me to think of her life with someone else. But I’ll be gone right, so… I rubbed my chest where it hurt and walked inside my grandparents’ home.

“I see you found a way to get yourself to Paris after all. Are you sure you want to go through with this? If Draco gets wind….”

“Yeah, I’m sure. This is just a preliminary visit, though, nothing to worry about. I think I finally found the one I’ve been searching for. I’ll start there.”

I held my breath waiting for the advice to put an end to things now. It always comes the closer I get to my goal, and I know it’s just that ingrained filial piety and the belief in protecting the women in the family that had got me this far with my need for help.

It hadn’t been easy in the beginning; there’d been a lot of questions. I’d had to share part of Ma’s story, which hadn’t been the easiest thing, but my calculating mind knew that it was the quickest way to cut through the noes I was sure to get. It had worked too. I might be good with a computer, but knowing people in the know had been more useful at this point in the game, and that’s where I’d needed help.