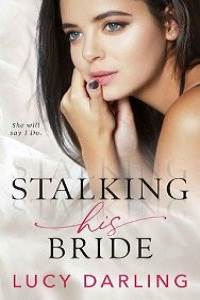 “Who told you?” Reed snatches the book right out of my hand. It doesn't take a rocket scientist to realize the woman he’s rushing to the altar is knocked up. He flips through a few pages of the book before dropping it down onto his desk. Both are things I thought I’d never want in my life. Marriage and babies weren't for me. Or so I’d thought.

“That Tinsley is knocked up?” He glares at me. For someone who was finally getting everything he’s ever wanted, he’s sure in a pissy mood. I thought Tinsley would get him to lighten up. He’s been after the girl his whole life and now he has her.

“We haven't told anyone yet.” He drops down in his chair, picking up the glass of scotch I poured for him and taking a healthy swig of it. My eyes glance toward the door when I hear Carly and Tinsley’s laughter ring out from down the hallway. I shift in my chair, trying to hide my hard on.

Carly is making me lose my mind. Even her sweet giggles seem to do something to me. I rub the center of my chest. The weird ache that has formed since she entered my life lingers. I am turning into my fucking cousin. Obsessed. I don’t even know the girl. How can I be obsessed with her? I shouldn't be anything.

“Your hand is always on her stomach.” I point out the tell I noticed a while back. I think I only noticed because I’d wanted to reach out and touch Carly’s too. Reed’s lips twitch in a rare smile.

“She doesn't want to tell anyone until she’s further along,” he admits. I grab the book back off his desk and start thumbing through it again. “I’ve read it if you want to borrow it.” He thinks he’s fucking with me. Little does he know I’ve also read it. I toss it back on his desk. “What are you doing here?”

“I can’t check on my cousin?” This isn’t out of the ordinary for us. I usually try to check on him. It’s a little less now than it used to be. But that’s only because he has Tinsley. Plus, I have other things to worry about. Carly being at the top of that list.

In saying all that, someone has to keep an eye on Reed. As much of an asshole as he can be, I do love him. He is more like a brother to me than anything else. My mom always tried to shower Reed with attention after he lost his own mom. No matter how much attention we tried to give him, it never worked. He always remained distant. Always a little bit out of reach. Still, he never fully pushed me out of his life. He might act like a dick most days, but the bastard loves me too. Even if he won’t outwardly admit it.

There has been a cold side to him that has been there since he lost his mom. Except if Tinsley was near. I am happy that he finally got his head out of his ass and staked his claim on her. Some of that frostiness he’s always had is melting away. Not all of it. I still think he’s naturally just a dick. I am happy for him. He might actually start living for once.

“I don’t need you to check on me.” He doesn’t but I’m not ready to admit the real reason I am here. Not after all the shit I gave him about Tinsley. It would be open season then. I am here for Carly. The one girl who won’t give me the time of day. The one who won’t budge when it comes to me. I’m still trying to find out if she’s pregnant.

“Your wedding is days away,” I remind him. “I’m the best man. I’m supposed to be here if you need anything.”

“For the amount I’m paying this wedding planner I shouldn't need anyone else's help.”

“You’re putting a wedding together in a week.” He isn’t fucking around. He and Tinsley finally admitted their feelings for one another, and Reed wasn’t going another minute without making it official.

“Do you have a point?” His eyes flick toward the door again. He wants the girls to be done with whatever it is they are doing as much as I do. I’m just doing a better job at hiding it. Then again, Reed doesn't have to hide his want for Tinsley anymore. I’m still trying to navigate whatever this thing is that I’m feeling toward Carly.

“Just reminding you that I’m here if you need anything.”

“I’m fine.” He sits up a little straighter when the sounds of the girls’ laughter draw closer.

“Reed.” Tinsley calls for him. He’s on his feet instantly heading out of his office to find his soon-to-be wife. “Reed, stop.” I hear Tinsley laugh more. “I’m seeing Carly out.” Now I’m on my feet. That’s something I can definitely help with.