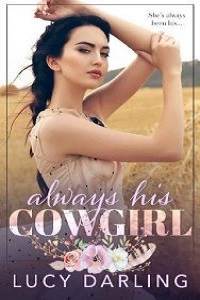 “What do you think of this?” I do a slow turn for Noelle so she can see my outfit.

“Your brother won’t let you out of the house if you’re dressed hot or sexy. So you might as well forget about it.” I smile at her because I’ve already planned for that. I’ve made sure that Josh will be too busy to notice until it’s too late.

“The party is in the backyard. Besides, I’ve made sure that he’ll be busy getting it all ready. He won’t notice me until after the fact.” I run my hands down my dress that is a little on the short side. It hits me mid-thigh. The top of the dress is tighter with the bottom flaring out. It has pretty pink flowers all over it. It’s perfect for an outdoor party.

“Wear the dress. I like it.” Noelle plops down on my bed waiting for me to get ready. She could care less what she wears. I don’t blame her. Her mom has had her in beauty pageants her whole life. She spends every other weekend getting all dolled up. When she doesn’t have to she usually wears shorts, a shirt, and a cowboy hat paired with some boots.

I walk over, snagging my boots out of my closet before pulling them on. “I’m going to talk to him tonight.” I peek out the window to see my parents outside directing the finishing touches on the graduation party.

Well, my mom is giving directions while she sits on my dad's lap. Those two are never far from one another. I can’t believe Eric and Josh are graduating. It’s going to be so weird not seeing them at school anymore. I swallow the lump that is forming in my throat thinking about it.

They both will be leaving soon. They are going to the city together to go to college. I’m not only losing my brother, but the boy I’ve been in love with my whole life. Even though I knew this day would eventually come, this is turning out to be harder than I thought it would be. I hate the idea of Eric being so far from me.

“Are you nervous?” Noelle comes to stand next to me to peer out the window. My brother Josh glances our way, pulling his hat off and running his fingers through his short dark hair. He gives us a smile. Noelle steps back, falling on to the bed.

“I know he feels the same way I do.” I turn around to face her.

“Yeah but you're fifteen and he’s seventeen.”

“He’s about to be seventeen,” I point out. Not that that information helps in any way.

“And you’re still fifteen. He probably still sees you as a kid sister.” I run my tongue along my braces.

“But the other night—”

“Of course he held you when you didn't feel well. The Davis boys all love you. You might have been born with one brother but in reality you have four.” Isn’t that the truth. My mom’s best friend lives on the next farm over. My mom only had Joshua and me, where her best friend PJ went on to have three boys.

Our families grew up together. Being the only girl in the bunch stinks sometimes. I do not look at Eric as a brother, though. I never have. I made that quite clear when I was younger, telling anyone that would listen that I planned on him being my first kiss. I still feel that way, but now I keep it mostly to myself.

“Why are you raining on my parade?” I plop down on the bed next to her. She grabs my hand, linking our fingers together.

“It’s not that I don’t want you to have this. I just don’t want you to get hurt is all. I don’t want you to get your hopes up.” I want to tell her that it’s too late for that. I’ve had my heart set on Eric for too long already to not get hurt if it doesn’t work out. In teenage years, anyway, and those seem as though they last forever. “If you get hurt, I’ll have to punch Eric in his handsome face. Maybe even break his nose so he’s not so handsome anymore.” That makes me smile knowing damn well that she’d do it.

“What?” Noelle flies up to a sitting position next to me. Three days ago my mom had been out with Aunt PJ and I’d gotten a terrible case of the cramps. I’d gone over to the Davis house and snuck into Eric’s room. He’d held me to comfort me. Before I passed out I’d told him I loved him. Asked if he’d wait for me. He said he'd do anything for me. Which I know is true.