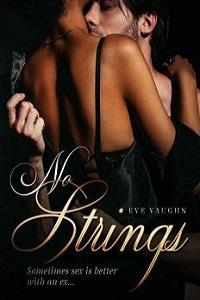 Sometimes Sex is best with an ex…

A devastating break up left Riley Mason broken but she moved on with her life…or so she thought. When she crosses paths with the one man who still makes her pulse race and knees buckle, she has to reevaluate her life. Though she tries to fight it, the attraction is stronger than ever.
Ethan Boudreaux’s greatest regret is walking away from the woman he loved. When he’s presented with a chance to win Riley back, there’s no way he’ll let the opportunity slip through his fingers. He devises a plan to get her in his life and into his bed.
When these two divorcees reunite in the bedroom, the sex is hotter than ever. But can their hearts survive the second time around?

This was a big fat mistake.

Riley glanced around the room of merry party goers, wishing she was anywhere but here. Though there were several people in attendance she knew, Riley Mason didn’t feel much like celebrating. She probably would have come up with an excuse not to be here if it hadn’t been so important to her good friend. It wasn’t everyday a woman got engaged and Riley wanted to be supportive. Even though it tore at her insides to see the painful reminder of new love, hope for the future and complete happiness, she did her best to maintain the smile she now sported.

Taking another sip of champagne, Riley glanced at her watch wondering how much longer before she could leave without appearing rude. She’d made her rounds and said her hellos. There was no reason she needed to stick around. Her gaze darted across the room and landed on Megan and her fiancé Jackson. They looked perfect together. Where Megan was blonde and lithe, Jackson was broad shouldered and dark. They were each other’s perfect foil, and embodied the media’s idea of the perfect All-American couple. It was clear however from the way they gazed into each other’s eyes, they were deeply in love. Riley had even noticed a few partygoers sigh in awe when they glanced the newly engaged couple’s way.

She was happy for them, however, Riley couldn’t help feeling a bit jealous over how deeply committed they seemed to be to each other. Megan and Jackson represented everything she’d once envisioned for herself but had failed miserably at. It didn’t matter if she’d been divorced for some years now, the memories were still raw. There were times when Riley believed she’d healed but then she’d see an older couple holding hands in the park or two young lovers whispering intimately in each other’s ears. Then there were the nights when she was alone and imagined the two strong arms that once held her so snugly against the warm, hard frame of a man. But not just any man—the very one she was desperately trying to forget.

Her post divorce dating experiences had also been one phenomenal disaster after another leading Riley to conclude she was destined to be alone. She was cursed along with the rest of the females in her family to go through life followed by a string of failed relationships and flings. Unlike her mother and sisters, however, Riley was done with love. It hurt too much. Besides, she had settled quite nicely in her career. She made a great salary, had a comfortable bank account and owned her condo. And for those nights when she was particularly horny, a glass of wine and her battery-operated boyfriend worked quite nicely.

Riley drained the remaining contents of her glass and decided she’d done her duty. She doubted she could last another minute at this party without getting too melancholy. As she weaved through the partygoers in pursuit of her coat, the arrival of two new guests at the front door caught her attention. Riley nearly stumbled when she saw who it was.

Her heart squeezed in her chest, her throat closed up and she couldn’t breathe, couldn’t move, hear or see anything except him. Ethan Boudreaux. She hadn’t seen him in years, but he was every bit as devastating as she remembered. He might not have been the tallest man at the party, standing six-feet-one, but his presence was larger than life. His tailored suit skimmed his broad shouldered, loose-limbed frame, so perfectly, Riley bit back a sigh. From memory, she knew beneath the expensive threads was a toned, rock-hard body of corded muscles. In another lifetime he would have been a warrior on a battlefield rather than the successful trial lawyer he was.

Ethan couldn’t be called handsome in the conventional sense. His bone structure was a bit too angular, his nose a little too long and his lips were more generous than necessary. But combined with a pair of hazel bedroom eyes, he had the type of face that garnered second, third and fourth glances. The way he used to look at her with that I’m-going-to-fuck-you smile had always brought Riley close to creaming her panties. Who the hell was she kidding? If he were to turn on the charm right here and now, she’d probably do somersaults for him, which was exactly why she needed to leave before he noticed her. Megan had assured he was out of town and wouldn’t be in attendance or else she would have declined the invitation. Riley glanced in Megan’s direction to find the blonde looking her way and immediately turned her head to avoid eye contact.