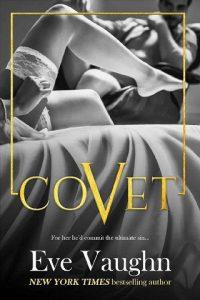 For her, he’d commit the ultimate sin…

Frankie:
He was my everything. I gave him my heart, body and soul.
I thought we’d be together forever, until I met his brother….

Nick:
She was my world, the woman I wished to spend the rest of my life with. I would have given her anything. But she left me for another man, my brother.
When his life is cut short, I was certain she was the cause.
I’d have my revenge and make her pay for what she did to him and to me.
But I couldn’t help but wonder if I’d be damned for committing the ultimate sin…coveting my brother’s wife.

“Ashes to ashes…dust to dust…” With each pause, the Reverend tossed clumps of dirt over the intricately designed coffin as it was dramatically lowered into the ground.

My mother’s arms, which are wrapped around my waist, tighten as her sobs became louder. Her tears stain my black silk tie. My body was on autopilot as I pulled her closer into me, offering the comfort she so desperately needed—I so desperately need but can’t express because I have to be strong for her. As cliché as it sounds, the weather is perfect for this occasion. The sky is gray and full of fat clouds that are threatening to burst at any moment. The mourners clutch their umbrellas close in anticipation.

My little brother was dead, and all I can think about is her.

I should have been sad, miserable, or whatever emotion an occasion like this called for, yet all that coursed through me was a numbness that had taken over to the point where I didn’t feel a damn thing.

I stole a glance to my left where the stone-faced widow stood. There were no tears, no look of pain or even the passing façade of remorse. Some people would say she’s stoic, but I knew the truth.

She’s a heartless bitch who doesn’t give a damn about anyone but herself. And I hate that she is able to stand over my brother’s grave so unaffected and detached as if my mother isn’t literally falling apart right in front of everyone’s eyes. The subtle whispers around me carry in the wind, saying how enduring she is, so brave…so strong.

If I had my way, there’d be two funerals today because I wanted nothing more than to wrap my hands around that slender neck of hers. To my secret shame that I will admit to no one there were other things I wanted to do to her with my hands, things that would probably make my mother disown me.

Once the sermon was complete, the crowd disbursed quickly as droplets of moisture fell from the sky. The Reverend strode over to me and my mother with his hands held out. “Mrs. Evans, I hope my sermon was of some comfort to you. Bea and I will keep your family in our thoughts and prayers.

My mother, Alice, sniffs as tears stream down her face. “Thank you Reverend. That really means a lot to us. Will you be joining us at the repast?”

A smile forms on Reverend Brown’s lips. “Normally, I would accept your gracious invitation, but I unfortunately have another ceremony to perform in an hour. I will be in touch to check in on you. May the Lord hold you and keep you.” He shakes my mother’s hands in a comforting gesture before giving me a pat on the shoulder and heading over to the woman who’d captured my attention for most of the service.

The Reverend paused for a moment, seeming to be taken aback by the vehemence in which she asserted that request, almost as if she were trying to destroy any connection she had to my brother. “Of course...Frankie, I’m terribly sorry for your loss, and if there’s anything I can do for you, please let me know.”

“Thank you.” Frankie didn’t bother making eye contact with the clergyman. Instead, her dark brown gaze rested firmly on the casket which the grave workers had now started to shovel dirt over. By now droplets of water began to come down in a slow trickle, hitting her face as if she were shedding actual tears.

I wasn’t sure what was running through her mind, but I had a pretty good idea. She was probably thinking of all the ways she could spend my brother’s money, but she had another think coming if she believed I’d let her get away scot-free.

It was my solemn vow to make that bitch pay for everything she’d done, the pain she caused and ultimately for the death of my brother. Luckily for her, my attention was currently focused on being the supportive son I was expected to be. I needed to get my mother out of the rain before the sting of its spray became more powerful. I hold her tightly against me, and she leans her head against my chest with a sniff.