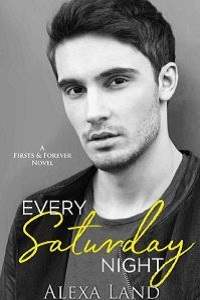 “What do you mean?” I stared at the blond-haired baby who’d just been thrust into my arms. He stared right back at me.

My ex-girlfriend sounded annoyed. “What do you think I mean?”

“But we broke up a year and a half ago! This isn’t possible.” The baby and I were still staring at each other.

“He’s ten months old, genius. What do you think, babies are born that big?”

I met Kathy’s gaze. “You had him almost a year ago, and you didn’t bother telling me?”

“I didn’t need you. My new boyfriend Jake was willing to take care of me and the baby, and what were you going to do for us? You’re always broke, so it wasn’t like you could cough up any child support.”

“I still had a right to know!”

“I guess, but what do you want me to do, go back in time? I didn’t want you in my life, and I thought I was set with Jake. But he left me last month, and now I’m with Willie and it’s a really different situation. He’s in a band. They’re about to make it big and are touring a lot, so he doesn’t want—never mind. Bottom line, I have to think about my future, and I’m not ready to be someone’s mom. So, now he’s your responsibility.” Kathy still looked and sounded annoyed. She dropped a vinyl tote bag onto the porch steps and tucked her dyed-red hair behind her ears before crossing her arms over her chest.

The baby grabbed one of the drawstrings from my jacket’s hood and started chewing on the knotted end. I shifted him in my arms as I asked, “What are you saying? Do you want me to babysit him or something?” None of this was making sense.

“I’m saying he’s all yours, Logan. I’m done.” She started to walk away, and I rushed after her. Nosy Mrs. Mendez across the street was loitering by her mailbox, making sure not to miss a minute of this family drama.

“How can you say you’re done? It doesn’t work that way! He’s a baby, not a trial offer!” She’d reached her red Nissan, and as she began to wrestle a baby seat out of the back, I asked, “Are you sure he’s mine?”

She whirled around, her green eyes blazing with anger, and yelled, “Of course I’m sure! What do you think I am, a total skank or something? I only sleep with one man at a time, and that means you’re the father.”

“So, you were, what, two months pregnant when you broke up with me?” I was trying to make the numbers add up, but I was in too much of a panic to be sure I was getting it right.

The baby looked up at me with the gray string from my jacket hanging out of his mouth. His eyes were the same shade of brown as mine, and I’d been blond as a kid, even though my hair was dark now. Not that that proved anything.

“Yeah, but I didn’t know that at the time. My period’s always weird.”

“You told me you were on the pill.” I said that more quietly as I pulled the baby’s hiked up T-shirt over his round belly.

She turned back to the car and resumed her fight with the baby seat. “I was, but no birth control method is a hundred percent effective. Everyone knows that. Plus, it was really hard to remember to take it every day.” Kathy finally freed the seat and put it on the curb. “Anyway, I’ve got to go. Willie’s expecting me. There’s some formula in that bag on your porch. I forgot the bag with his clothes, but you can just get some at Goodwill or whatever.”

She slammed the car door and circled around to the driver’s side as I asked, “When are you coming back?”

For the first time since she’d shown up unannounced on my doorstep, a look of guilt crossed her features. “I’m not.” The words hung in the air for a long moment. Finally, she said, “Look, you’re the responsible one out of the two of us. You’re in college and have all those plans for the future. You’re gonna make something of yourself, and I know you’ll be a good dad.”

“I tried, Logan. I really did. I gave it almost a year! That’s the longest I’ve ever stuck with anything. But I wasn’t cut out to be a mom. I just wasn’t. And I’m doing the best thing I could think of for that kid, I’m giving him to you. It’s way better than letting some strangers adopt him. Who knows what kind of people he’d end up with?”

She started to get in the car, but I yelled, “Wait!” When she paused and looked at me over the roof of her Nissan, there were tears in her eyes. Instead of begging her to stay, I asked, “What’s his name?”