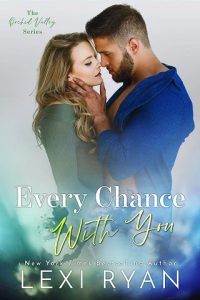 When I met Alec Hayes in Vegas, I thought I'd stumbled into a love affair with the man of my dreams. Alec's sexy, confident, and charming.
Our night together was full of laughter and the kind of toe-curling kisses that tempted me to believe in fate for the first time in years.
Until I flew out to LA to surprise Alec and ran into the unnamed half-brother he'd admitted to despising. But I know Oliver Rhett as soon as I see him.
Oliver's the reason I stopped believing in destiny. He was my first love and my first heartbreak. And now he's the reason I can't be with Alec.
It's not fair to give one man the scraps of my heart when Oliver would always be right there to remind me he still holds the rest.
But when Alec needs a favor, I can't turn my back on him. Even if it means falling a little more for his gentle charm every day. Even if it means facing Oliver and remembering exactly how brazenly he stole my heart.
My plan is to walk away. I can't make this family feud worse. But I didn't realize just how hard a broken heart can fall.

Some might say that showing up on a man’s doorstep in nothing but a scrap of lace and a trench coat makes me a walking cliché. I, however, like to think of this moment as an homage to the night I met Alec Hayes.

It was Vegas, and we were both looking for a good time. The night went exactly how you would expect it to—a blur of dancing, drinking, and hot, stolen kisses. The even blurrier moments—the ones just beyond my grasp—were the ones in his suite. All I have from the end of that night are bits and pieces: his lips skimming down the sides of my neck, his big hands gripping my thighs before sliding around to cup my ass, and the delicious weight of his body on mine.

That wasn’t a total blackout night for me, but I still wish I could remember it with more clarity. Which brings me here, to the doorstep of his fancy L.A. mansion. I’m ninety percent sure that it’s not nerves but excitement that has my hands shaking as I extend a finger to press the doorbell.

I hold my breath as the heavy footsteps inside make their way toward the door. I grip the ties on my coat, ready to give Alec a show the moment I see his face.

But when the door flies open, I freeze.

A smile stretches across Oliver Rhett’s face, and he slowly scrapes his gaze down the front of my trench coat, as if he knows exactly what I’m wearing—or not wearing—beneath it.

“Savannah Downing,” he says, his voice a gravelly rumble. “Holy shit. You’re as beautiful as you were the last time I saw you.”

I could say the same for him. His gray eyes are like the sea before a storm. His dark hair is neatly trimmed but swept back as if he’s been dragging frustrated hands through it. And that body? I might only be able to remember snippets from my night with Alec, but I remember exactly how Oliver’s body felt—the way his hips pressed into mine, the way he’d hold my wrists and my gaze as he slid inside me, how it felt to hear him whisper my name like a prayer before he surrendered to his own pleasure.

My gaze flies to the house number and back to the door, but I double- and triple-checked the address. I know I’m at the right place. “What are you doing here?”

He folds his arms and leans one shoulder against the doorframe, his smile turning crooked. “That’s my line.” He’s silent a beat, then cocks his head to the side. “But from the look on your face, I’m guessing you’re not here looking for me? Do you know Rose?”

Who’s Rose? Is that his wife? Why does the idea of him being married feel like a dull blade in the center of my chest?

“This isn’t your house.” The words are strangled. Too desperate.

I am a confident, self-assured woman. I won’t let Oliver turn me into a mess again just because this moment makes no sense. How could I come to surprise Alec and find myself looking Oliver in the eye? It doesn’t matter. He hasn’t mattered since he broke your heart and disappeared from your life. I’m here for a man I know would never do that. “I’m looking for Alec Hayes.”

Oliver straightens and drops his arms. All the warm amusement in his expression drains away and he turns as cold as his steely eyes. “I see. And how do you know my brother?”

Brother. Bullshit. There’s no way Oliver could be Alec’s brother. Oliver is hardened and calculating, while Alec is sweet and thoughtful and possesses all the goodness I long ago stopped expecting from men. Never mind that they don’t even share a last name. There’s nothing remotely similar about these two.

I take a step back. Alec did tell me about a half-brother he can’t stand. Did he ever say his name? Why didn’t I ask?

And Oliver . . . well, Oliver never told me shit about his family when we were together. Because we were never really a couple. That was just my overly naïve perception of a fucked-up situation.

“Is this your idea of revenge?” Oliver asks. “Seems a little petty. And after all this time.”