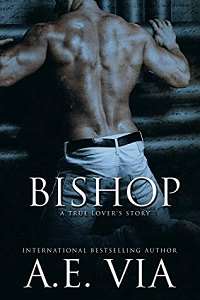 Edison pushed his tired body out of bed. He felt sluggish and bloated. He’d had the audacity to come home late Wednesday night and eat General Tso chicken, five donuts, then feel guilty as hell an hour later. He foolishly did thirty minutes on his treadmill, and twenty minutes of bench presses on his chest without so much as a stretch first. Idiot. But he’d had a hard time getting his coworkers’ brush-off out of his mind.

He’d left work too late to go home and cook a decent meal, so he’d gone to a popular nearby restaurant in Town Center to have dinner. He’d been surprised to see several of his employees around the bar, laughing and having a good time. However, the moment he’d tried to join them, he’d been given a lot of excuses about how they weren’t staying and needed to be up early the next morning. None of them had looked ready to go when he’d arrived, but he’d given them an understanding smile and walked back to his table for one. After he’d finished eating and headed back to his car, he’d seen everyone just two blocks up at a trendy evening spot with an outside bar, holding fresh drinks in their hands. He hadn’t bothered to go in and ask what was up. He already knew. Edison had never been popular in high school, or had he been a player in college. Nope, it’d just been him, his pops, the barber shop and his studies. And life had been good to him.

He went about his usual morning routine but made sure to take an extra-long shower to try to relax his tight muscles. Maybe he’d see some results from last night’s effort. You can’t pig out then exercise. It doesn’t work like that and you know it. All the health and fitness magazines scattered across his coffee table had already told him that. He secured his bath sheet around his hips and got out his shaving kit. “Morning Pop,” he whispered. He did that every time he took out the vintage set. It had been passed down from his grandfather to his father and now to him. While Edison chose not to go into the family business, he’d still grown up there and his father had taught him everything he knew.

Edison worked up a good lather then smoothed the creamy foam across the minimal stubble on his chin and cheeks, then opened his just-sharpened, straight razor. He started at the top of his cheekbone and expertly worked his way down his jaw with hands steadier than a surgeon’s. When he was finished he rinsed well, then applied a cool cloth to close his pores. Keeping with tradition, he splashed a sparse amount of Paco Rabanne aftershave into his palms, then patted the scent into his cheeks and along his neck. He knew cologne was in and aftershave was a habit of old, but it wasn’t a ritual he could let go of. It was one of the few ways he stayed connected to his father. Even after two years, Edison missed him every single day.

Thursdays were more laid back at the office, but Edison had multiple meetings scheduled, so he wore a pair of coal slacks, a gray shirt and a black silk tie. He surely wasn’t going to be caught looking unprepared. At twenty-six, he felt as if he was always having to prove he was good enough, mature enough to be in his position. The office had never run smoother, and the staff hadn’t been so well supported in years before Edison came. The last executive manager had had a personal agenda and used the company name to boost her résumé, only staying for three years and not implementing a single change or making any difference. So far, it hadn’t been contested that Edison was the right man for his job.

He’d stopped at McDonalds and got himself a steak and egg bagel combo to eat in the break room before his meeting. The dinky Danishes and plain bagels with low fat spreads they served at the morning meetings did nothing for him. By ten his stomach would be growling again. He’d tried using protein shakes as a snack substitute, but he found them to be useless. About as useless as a handful of healthy, omega-3 fatty nuts, or a half a cup of fruits and berries, or a doggone pack of dry granola in Greek yogurt. He was half Italian, for heaven’s sake. None of that crap did anything for his robust appetite. It was like using sprinkles of water to extinguish a blazing fire. When Edison was hungry, he wanted food, real food, good food.

He pulled into the executive lot and noticed several work trucks parked up front. There were men unloading countless bags of soil and some digging trenches. Then he remembered they’d scheduled a company to come out and check the irrigation system before the new landscapers started this week.