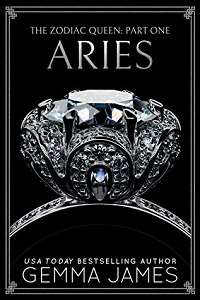 Crushing grief. It’s all I know. All I feel.

The ache slithers through my soul, weighing down my bones and slicing me into a distorted version of the girl I used to know. Now there’s just an apparition, a pale-faced creature whose flaxen braids belie a mature age of twelve. I hold my breath, afraid to breathe—as if the simple act of inhaling and exhaling will make this tragic reality real.

Each second crawls by in slow motion until my lungs burn for air. I suck in a soundless breath as movement surrounds me.

My uncle’s feet hitting the floor in lazy, unhurried steps.

The burden of a stranger’s gaze.

The dread that taints the air.

“You must be Novalee,” says the stranger with the unfamiliar shiny black shoes.

I don’t react to the statement, and Uncle Rowan’s brows slash into fierce lines of disproval. “Please excuse my niece’s reticent behavior. I’m afraid she hasn’t been herself since the plane crash.”

“It’s quite understandable. Such a sudden tragedy.”

They talk about me as if I’m not here. As if my shattered heart isn’t bleeding all over the rug my mother loved when she was alive. I focus on the pattern underneath the pillow that cushions my knees, following the kaleidoscope of browns and royal blues as I smooth my sweaty palms down the front of the dress Rowan made me wear.

White for purity, I heard him mutter when he thought I wasn’t listening.

He wanted me to look pretty for our guest, and even though I don’t understand why I’m required to kneel in this stranger’s presence, I don’t mind because it means I can pretend he’s not really here. I can be invisible like the heroines in my favorite fantasy books, cloaked by magic and imagination.

“Shall we get down to business?” asks the man standing next to my uncle. I give him a quick once-over. He’s tall and broad, and I’m fascinated with the way his coppery hair catches the sunlight spilling through the arched windows in the sitting room. I’ve never seen such a color on a man before.

“Of course.” My uncle gestures toward the archway leading into the study where my father spent most of his evenings. “Right this way, if you will.”

They leave me on my knees, and I hear him ask the man with the copper hair if he would like a drink. For the next several minutes, the clinking of glasses and low voices filter into the sitting room through the ajar door, and I catch words that make my stomach sour with dread.

Words like virginity and auction and marriage. I fist my hands against my thighs, wishing I could roam the grounds with the birds and butterflies, but I don’t dare move from my designated spot on my dead mother’s prized rug.

Rowan is a strict enforcer, and I don’t want to experience the stinging bite of his leather belt like Faye did yesterday for disobeying an order. Faye is my age and a daughter of a servant, but she’s always been like a sister to me. We grew up together inside these walls, playing hide-and-seek in the countless rooms and halls. Before my parents’ plane went down last week, we had free rein of the mansion and the surrounding grounds.

Until Uncle Rowan arrived and changed everything.

My parents have only been gone a week, both graves heavy and fragrant with fresh soil and sorrowful bouquets, but my uncle leaped into taking charge of our lands before the sun sank below the horizon on the day of the wake. I’m the daughter of a king, and now that my parents are gone, I’m the queen of a nation. A powerless child queen, because as my guardian, Rowan holds all the power.

“Why in God’s name are you kneeling?” someone asks from behind me, his insolent male tone disturbing my misery. “You’re not in the presence of the chancellor, princess.”

I tilt my head and catch a hint of wild blond hair in my periphery. “My uncle told me to kneel.”

“Do you always do what you’re told?”

My brows pull together. “Don’t you?”

“Much to my father’s aggravation, no. But your obedience is admirable.”

“Obedience was important to my parents.”

“Then I suppose you’ll be a perfect little wife someday.”

The disdain in his voice piques my interest, and I pivot on my knees to face him. His gaze meets mine, shooting a strange flutter of awareness through my chest. He appears to be in his teens, and just as I suspected, his dark blond hair surrounds his face in chaos, flopping over his forehead and threatening to hide his eyes.

And those sea-blue eyes are the reason for the sudden lack of air in my lungs. There’s something about his stare that sends me into a trance. He circles me, footsteps slow and deliberate, and it reminds me of the way a lion preys on a prospective meal.