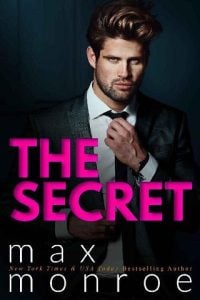 I can’t believe I’m in Staten Island to seek out a fortune-teller.

Who would have thought that the land of the former world’s biggest dump is also the home to long-sought-after answers?

Gravel crunches beneath the tires of my Range Rover, and I pull to a stop in front of an old, worn-out brick building.

I’ve officially left my normal haven of skyscrapers and busy sidewalks and entered the place that birthed famous mobsters and Angelina from Jersey Shore.

Personally, I have no doubts the charlatan I’m here to find fits right in.

The early afternoon sun pushes through my windshield, and I have to squint as I cut the engine and look up at the shabby pile of bricks that took me nearly three months to find.

I’ve seen this sign before. About fourteen years ago, to be exact. Even with so much time passed, the feeling in my gut is eerily similar. Although, its location was far more convenient back then—smack-dab in the center of New York City and on the same street as the strip club where we took my eldest brother Remy to celebrate his upcoming—and ill-fated—nuptials.

“This is fucking nuts,” I mutter to myself one last time as I hop out of the driver’s side door. I shut it behind me and beep the locks, my boots crunching audibly in the rough parking lot, but before I can head toward the entrance, my phone vibrates with an incoming text message. It only takes a quick glance to see it’s in a group chat with my siblings.

Winnie: Dinner is at 7:30 p.m. You all better not be late tonight, or I’ll start donating my time to cooking for a family who deserves it.

Winnie is the baby of our Winslow crew. Though, she’s not exactly a baby anymore. She’s married, a successful physician for the famous professional football team the New York Mavericks, and the mother to my one and only niece, Lexi.

Win isn’t the type to take any bullshit, and that probably comes from years of dealing with four rowdy older brothers and working in an environment with men who are all twice her size.

Remy: I’ll be there.

Another text populates on the screen, and I’m not surprised by the sender or the response.

Jude is the youngest out of Remy, Flynn, and me. Between the two of us, we have the laid-back, jokester role covered. Flynn is much more serious and straight to the point. And Remy is a healthy mix of everyone, along with the kind of dramatic past they write books about.

Jude: Relax, Win. Sophie and I will be there.

As you can see, Jude is no longer a single bachelor like the rest of us Winslow men. He’s an “us.” And it’s fucking weird. Trust me, if you knew Jude before Sophie, the radical change would make your head explode too.

About a year ago, my soon-to-be sister-in-law Sophie ensnared him in her web, and the bastard has been a goner ever since. My baby brother went from the world’s biggest player to committed fiancé in the span of a year. Not to mention, in less than six weeks, he’ll officially be a husband. And that, right there, is a big part of the reason why I’ve spent the last several months tracking down a fortune-teller by the name of Cleo.

Sounds crazy, I know, but trust me, I haven’t even scratched the surface of it yet.

Nearly a decade and a half ago, when we were just twentysomething assholes looking for a good time, this woman predicted our fortunes on the night of Remy’s bachelor party. It was all supposed to be a joke. Just something ridiculous to do to make Rem’s big night memorable.

But now, it’s starting to feel as if the joke was on you.

A week after we let some stranger predict our futures? The first of Cleo’s prophecies rang true. Rem was left at the altar with nothing but a canceled wedding and his heart ripped out of his chest.

Thirteen years after that? Jude went from being a frequent diner at the all-you-can-eat pussy buffet to a fucking monk who wants to commit himself to one woman for the rest of his life.