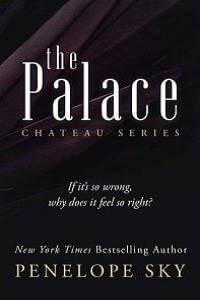 We fell back into our old lives.

Laundry. Dishes. Cooking. Getting coffee at the café down the street.

But we barely talked to each other.

It seemed like neither one of us was ready to share the details of our separation. She had been a slave at the camp, witnessing unspeakable things, and I had been in a palace, living a life of luxury with expensive clothes and a butler.

A few days later, we had breakfast together. I sat on the stool at the kitchen island while she stood across from me. Now that Raven was no longer at the camp, she ate whatever she wanted. Right now, she whipped up fluffy pancakes and fries.

I ate across from her and sipped my coffee, which had tones of pumpkin, nutmeg, and cinnamon. It was February now, but it still felt like December, the month when we were taken. My thoughts drifted to Fender often, wondering if he was sitting at his desk in his office, shouting at someone in French or just sitting there staring at the fire.

Or was he thinking about me?

Raven cut into her pancakes but didn’t take a bite. “You can talk to me…if you want to talk about it.”

I kept my eyes on my coffee, the dollop of cream sitting on top. “I don’t want to talk about it.” Those dark eyes were in my dreams. Sometimes, I felt big hands grip me around the waist, but it was just my imagination. There were times I smelled him, but I wondered if a bit of scent was still on me, even though I’d showered a couple times.

I knew she wasn’t, but I let that go. “Are you going to see Magnus again?” He hadn’t returned to the apartment. They seemed to say farewell, and that was it.

“No.” She continued to eat.

“He helped you so many times…and that’s just it?”

“What else should happen?”

“It just seemed like there was something there…between you.”

She dipped her pancake into her pool of syrup and brought it to her mouth.

“Did you sleep with him?”

She sighed at the question but answered anyway. “Yeah, a couple times.”

“And you seem sad that he’s gone…”

She lowered her fork to the plate. “I’m forever grateful that he saved us both. He’s a good man in a bad situation. But what kind of future could I have with someone like that? How could I ever want to be with someone who participates in something that’s so morally wrong…?” She shook her head and bowed toward her food. “Never going to happen.”

I dropped my gaze and looked at my own plate, feeling a flood of guilt for the complicated feelings I had for the boss—the man responsible for it all. As much as it hurt to leave him, I knew I made the right decision. I would miss him for a long time. Maybe I would always miss him. But Raven already hated so much about me, if I ever confided those feelings to her, she would hate me even more.

“Are you going to go back home?”

My eyes lifted to hers, the question striking a chord within me. This apartment didn’t feel like home, and my old apartment in America definitely didn’t feel like home. Home was in a palace outside Paris, with a man who marched around the house in nothing but sweatpants. “I’m not leaving you.” I shook my head. “I’m not leaving Paris. This is my home now.” I understood Raven had come here just to get away from me, but now I would never let her go, not after I’d lost her so many times.

Raven stared at me, her eyes studying my face.

The emotion bubbled up inside me, all the regret and remorse. I’d spent my time reflecting on the person I was, and once I realized how terrible I had been, I never wanted to be the same again. I wanted to be better. I wanted to be like my sister. Before I could beg for forgiveness, she provided it.

I inhaled a deep breath, the weight floating away like birds off a branch, a closure to this horrible chapter in our lives. “I know I’ve been so terrible to you since Mom died. I’m so sorry, Raven.” Tears started to drip like a leaky faucet. “But I’m a different person now. I’ll get a job, get my own apartment, be independent—”

“It’s not okay. All I’ve been doing since we were captured is thinking about how I treated you. You know the reason I came here in the first place?” The knob of the faucet turned, and more tears fell. “Because I knew you moved here to get away from me, and I resented you for it. I was so angry that you moved all the way across the world to get away from me…because I’m so horrible. But I am a horrible person—was a horrible person—and that’s not me anymore. I’ll be more like you.”