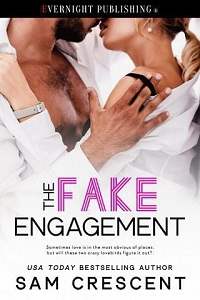 “I hate my boss.” Eliza Drake yelled the words at the same time she slammed through the door of the apartment she shared with her two best friends.

“We’ve already got the tequila out,” Juliet Caves said.

“And she made snacks.” This was Mackenzie, who shoved a bacon-wrapped jalapeno into her mouth. “Damn, that’s so spicy and good.”

Eliza burst out laughing as she rushed toward her bedroom, throwing her jacket and bag onto the bed and moving quickly to join her two favorite people in the whole world on the sofa. Kicking off her heels, she slumped down. Juliet handed her a glass of tequila, which she knocked back, swallowing the dangerous liquid. She shouldn’t drink on a work night, but since she’d been given the job as PA by Preston Boone himself, she was working every night.

Mackenzie already held out a jalapeno delight. Eliza took it, biting into the rich, spicy food. The cheese, bacon, and jalapeno danced on her tongue. She closed her eyes, savoring the taste of the food.

“So good! Another, please.”

She was given another. This time, she didn’t play around, putting the whole thing into her mouth and biting down.

There was nothing wrong with enjoying snacks for dinner.

“Totally.” She sighed. “Well, he was … I typed up the letter exactly how he asked me to, and clearly, he was being a giant dick because he blamed me for all these typos and how he would never say certain words.” She growled. “I’m never going back to work.”

“And me,” Mackenzie said.

“Was it a bad day for you girls as well?” she asked, looking at them in turn.

Mackenzie sighed. “I think my boss’s son is trying to destroy the company. He’s trying to handle this multimillion-dollar investment even though his father has told him not to do it. He doesn’t want his company to be swallowed up in corporate. He likes to do everything old school, but his son doesn’t listen.” She pursed her lips. “I have a feeling we’re going to fall victim to a takeover bid. The sharks are circling.”

Eliza knew how much Mackenzie loved her job. The firm she worked at was just a small place, but they offered some of the best advertising rates and also held the books of some of the most lucrative companies. Their advertising reach was far and wide. She knew this as her own boss had reached out to Doug’s Advertising. A simple name, and yet, they offered such high-quality work with amazing turnaround results.

If they were going for a takeover bid, she had a feeling Boone could be one of those damn sharks.

“My boss is looking to expand his reach into plus size, only he’s being advised to use a very slim model. Who wants that?” Juliet asked.

Eliza looked at Juliet. “Why don’t you offer to model for it?”

Juliet was so amazingly beautiful, with long, luscious brown locks and a figure that had most men drooling. She was plus size and wore it so well. Eliza had watched her; the way she walked and moved—she screamed seductress. Juliet would make an amazing model.

Her friend wrinkled her nose. “No please, that is never happening.”

Eliza threw herself at her friend, pulling her in close for a hug. What got real was Juliet’s mom, tearing down her dreams in every single direction. Juliet’s mom believed only thin women were beautiful and always used every piece of ammunition to destroy whatever happiness Juliet found.

Eliza hated the woman, and while they were growing up, she’d often asked Juliet around for sleepovers. At least her own mother had been supportive of her dreams.

“You’re gorgeous, and your body would sell anything.” Mackenzie leaned back, giving Juliet a good looking over.

“Stop doing that. Whatever it is you’re doing,” Juliet said.

Mackenzie winked at her. “Yep, I totally could use you.”

They all burst out laughing.

This was what Eliza had needed. A day with Preston Boone was enough to put even the happiest person in the world in a downer. Of their little group, she was the one who usually saw a light in the darkest of tunnels.