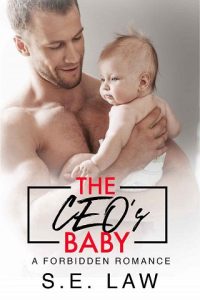 I look down on the streets of Hell’s Kitchen while sipping my afternoon green tea. Through the windowpane, it looks like business as usual, which is to say busy bordering on frenzied. I gaze down on the tourists who flock here from all over the world to walk our famed streets. They stroll slowly, taking in the sights with cameras in hand.

I can understand their intrigue because New York City is a magnetic place to visit with its bright lights, sense of excitement, and never-ending bustle. And if I didn’t live here, I’d want to spend my weekends here too. The most frequented streets in my area, Eighth and Ninth Avenues, are lined with pubs and restaurants. There isn’t anything fancy about them, not in the least, but they’re high-spirited and happening. Music and laughter pour from open doors as crowds of young people blow off steam. There’s some form of entertainment happening almost every night of the week for whatever you’re into, whether it be music, comedy, theater, or dance. The local pride community even puts on an annual drag show at the Clifton Inn, and it’s quite an extravagant affair. I myself am not a part of the gay community, but I am a proud ally and I’ve attended the show every year since moving here.

Hell’s Kitchen is also a hub for the art and theater community. Centrally located near both Times Square and Rockefeller Center, the area attracts every starving artist and aspiring movie star on the scene, and the slew of characters adds to the neighborhood’s charming allure. For example, it’s not uncommon to see improv acts unfolding on the streets midday as you sneak back to work after a typical drawn out city lunch, and it’s very common to be serenaded by a hopeful musician belting out tunes on the saxophone, open case on the sidewalk beside them filled with a scattering of dollar bills. The streets are dynamic, changing day to day, and artist to artist.

The apartments, on the other hand, are not exactly pristine. They are still as drab as ever, leftover from their tenement days during the turn of the century. While Hell’s Kitchen is dazzling and exciting from down below with its red brick-front buildings, from my fifth story walk-up, the name begins to take on its true meaning.

The interiors of most apartments are ramshackle and rundown. And it’s not just mine. Trust me, I searched and searched for a place in reasonable shape; one without the funnel-shaped dingy grey water stains or the powder blue floor-to-ceiling wallpaper covered in dizzying floral arrangements, just barely clinging onto the plaster walls beneath them after years of neglect.

But no luck. All of the places I saw were more or less in the same state of disrepair. Still, I had to take the bait. The cheap rent was simply too hard to pass up, and while I’m not an artist, I certainly am starving. I didn’t expect for things to end up this way because I have a college degree, but I guess that’s the way it is.

Sometimes, I wish things had turned out differently. After all, I went to NYU and received my bachelor’s in exercise science. I figured I could make a decent living afterwards. There are a lot of positions in personal training, nutrition, and coaching. It makes sense, after all, because without your health, nothing else matters. It’s impossible to enjoy the wealth life has to offer if you’ve got a sniffle or runny nose.

So I started an exercise science degree with the intention of opening my own consulting business one day. I want to work one on one with individuals to tailor a holistic, well-rounded health plan for their specific wants and needs. We would set a plan for a client’s diet, exercise regime, and relaxation techniques in order to build someone up mentally and physically. You can’t have one without the others, after all.

Unfortunately, the only problem is that starting a business in New York City is quite a challenge. My senior year, I tried to get a head start on my company, thinking it would be great to get a handful of regular clients before graduation. I listed my services online and posted flyers all over the city. I even had a couple of calls come in, but most people didn’t take me very seriously. After all, I had no office space and was too embarrassed to invite clients to my shared dorm room, so I had to ask them to meet me at random coffee houses. On top of that, we also had to work around my busy class schedule. People weren’t happy about the logistics and those first few calls quickly fell off. It just didn’t work out and I never got back around to it.