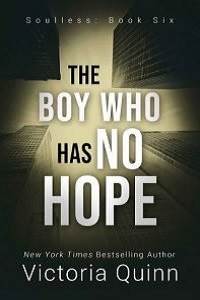 I left the lobby of the building and approached the Escalade waiting at the curb. I opened the door and got into the back seat.

Ronnie greeted me the same way he did every morning. “Good morning, Mr. Hamilton.”

Ronnie pulled onto the street and got into traffic.

“How are you?” Emerson smiled at me from her side of the SUV, her coffee in her hand, her hair in a slick ponytail so it would stay out of her face while she had her head bowed over my paperwork. She was perky, warm, a dash of sunshine inside the vehicle.

“Good. How are you?” I pulled out my laptop from my satchel and set it on my lap. The conversation with my father had taken place yesterday. Unfortunately, the rest of the afternoon was a bit awkward, and we never really recovered from it. It was nice to go to bed and wake up to a new day. My father and I rarely butted heads, and since I was a grown man, I didn’t appreciate the way he stuck his nose in my private life. But I reminded myself that my parents loved me in insane proportions, and they only wanted the best for me. That conversation was difficult for my father, but he did it anyway because he felt it was necessary.

“Great. How was your weekend?”

“Alright.” It was a little weird to talk to her right now, especially after the whole thing that happened with Pamela, that little brunette I brought home the other night. I’d compared the liaison to fictitious ones with Emerson—and I was extremely disappointed.

“Did you do anything?”

“I visited my parents at their cabin.”

“Oh, that sounds like fun.” Whenever she was cheery, it was infectious, and it lifted my mood a bit. “Where’s this cabin?”

“In Connecticut. On a lake.”

“Wow, that sounds like the perfect way to spend a weekend. Do you fish?”

“Yes. But we didn’t do that yesterday.”

“It was a beautiful day, so that must have been a good break from the city. I’m glad you did something fun instead of stared at your laptop all weekend.” She gave me a smile before she looked out the window and drank from her coffee. “How are your parents?”

“Happy.” When I reflected on my childhood, I had very few memories of the two of them ever fighting. They got along like two best friends. My father and Valerie…all they ever did was fight. I still remembered how sad my father was at that time, and the way he changed when he met my mom. “They’ve been together for a long time, and they’re still in love.”

“Aww, that’s so sweet.” She turned back to me, the affection in her eyes, like that really warmed her heart. “It’s such a good example to show your children. That way, they know what love really is, and they know what to look for. People get into these bad relationships, and sometimes, they never get out of them. It’s a good demonstration of how to love someone, and also, how to be loved.”

She didn’t talk about physics and science the way I did, where people immediately listened and thought I was a genius, but when she did talk, it showed her wisdom, how she was knowledgeable about things I didn’t even consider. It made me understand why my dad wanted what he had with my mom, not what he had with Valerie.

“Had some burgers and drank beer on the deck.”

“Man, I haven’t had a burger from a barbecue grill in so long…that sounds so good.”

“Well, my dad likes salmon burgers, so it wasn’t so great.” I shook my head slightly, a smile on my lips because he hadn’t changed since I was a boy. Sometimes on a special occasion, he would order a steak, but that was rare. The only time he had a slice of cake was on a birthday.

She cringed. “I like salmon, but if I’m at the lake at a barbecue, I want a real burger. A big, juicy burger with cheddar cheese, barbecue sauce, toasted bun…the whole thing.”

She shrugged then took a drink of her coffee. “I’m a woman who knows what she wants.”

I released a faint chuckle. “Yeah. You are.”

“How long have you guys had the cabin?”

“My dad got it when I was five. It was my favorite place as a child. Still is.”

“Do you have your own cabin?”

“I can hunt down a perfect property for you so you can use it whenever you want.”

The thought had crossed my mind before, but I’d rejected it. “I don’t take vacations, remember?”

She smiled at my joke. “But maybe you would if you had a gorgeous cabin on the water.”

I knew having my own place would never recreate the magic of my parents’ cabin. If I wanted to get away for the weekend, I had a key and the gate codes, so I was welcome to use theirs whenever I wanted. “Nothing will ever compare to that cabin, so I’d rather not.”