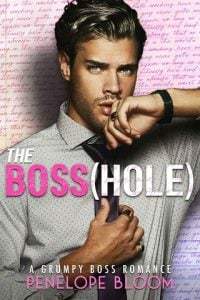 Was I being dramatic? Yes. Yes, I was. That wasn’t in the Coleton family code, but daddy dearest was too far away to control me. I could throw a small, uncivilized tantrum if I damn well pleased.

I heard footsteps and then a small laugh. “You okay, Jules?”

Instead of picking my head up to face her, I just rolled it to the side. Chloe was leaning against my cubicle wall, arms folded. Her desk was right on the other side of my partition. It was close enough that I could hear her accidentally start the videos she tried to watch all day with the volume on full, then swear and mute them.

Chloe was comically short, mousy, and had a different pair of glasses every day to match her outfits. Today, she had purple rimmed glasses to go with her scarf.

Was I okay? That depended. Was it okay to run away from your billionaire father because you didn’t want to be married off like some medieval princess? Was it okay to burn the family credit cards, pawn everything you could, and escape to some random part of North Carolina to hide? Was it okay to change your last name to your mother’s maiden name and hope your father never tracked you down?

“Why me!” she mocked, grinning. “Didn’t sound like nothing.”

“It’s just this email,” I said, sighing. “Maxi has been looking for an excuse to fire me, and I think she just found her way. She’s having me go do a design consultation at Coleton Publishing.” And yes, it was a branch of the family business, even if it was too small for there to be a risk of running into my father.

“I’m aware of that, Chloe. So is Maxi. She wants me to screw this up so she can fire me.” I finally lifted my head and sighed. “As I was saying, why me?”

I left the office for my appointment at Coleton with cautious optimism. Yes, the optimism had been sprinkled with a healthy dose of dread, but I could look on the bright side if I damn well pleased.

Maybe Maxi saw this as giving me a shovel to dig my own grave, but maybe I could use the shovel to whack her Brazilian lifted ass out and get myself a promotion.

A promotion would mean I might be able to afford to keep up this runaway Coleton gig a little longer. Then again, I was pretty determined to go homeless if that’s what it took to keep from going back to them. After this stunt, my father would have me married to a stuffy old business friend and shipped off within the month.

No. This had to work, so I was going to find a way to make it.

I survived a handful of small emergencies and near catastrophes on my way to the Coleton offices. My coat nearly got stuck in the elevator, some lady’s dog tried to bite off my ankles, and I made a baby cry just by looking at it. That last one hurt the most. Even the damn babies were out to get me today.

By the time I was calling the elevator at Coleton, my optimism had faded. My usually sunny disposition was cloudy with a chance of lightning strikes directly to the groin.

I got off at one of the top floors and found myself in the reception area for Coleton Publishing, one of many dozens of branches in my father’s Coleton empire.

A woman in her forties with a bun and huge bags under her eyes smiled at me from behind the reception desk. I smiled back, then saw that something was off with her smile. The eyes were a little too big—the smile a little too wide. Her hands were also gripping the mouse on her computer so hard her fingertips had gone white.

“Welcome,” she said, face practically screaming run while you still can. “I’m Martha. Can I help you?”

“I’m Jules Adams from Maxi Designs. I have a consultation appointment with Mr. White.”

Martha flashed that same terrified smile again. “Just a moment.” She walked to the double doors behind her desk and actually put her ear to the crack like she was listening. I stood there awkwardly while she waited several long moments.

She pulled one door open slightly and we both flinched at the sudden sound of yelling. A man was shouting. I couldn’t make out the words, but he sounded pissed, like he was laying into someone.

Martha set the tablet down and wrung her hands together. “It might be best if you waited just a few minutes. There’s been a small mix-up with the editorial team. If, uh-”