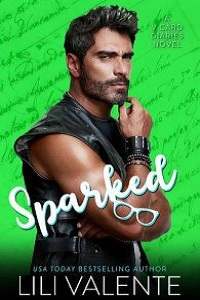 From the diary of Jessica Allison Cho

Tomorrow I will eat, drink, and entertain my best friends with my not-at-all-fly dance moves.

Tomorrow I will feel the sun on my face and celebrate the start of another Hot Girl Summer in the City.

Except, I won’t be one of the Hot Girls, of course. The only thing “hot” about me is that I drip like candle wax when removed from my air-conditioned lair, and that I can slurp down a Demon Heat Ramen bowl from the noodle place without flinching. (Also, my feet get really hot when I wear my Vans with socks but ooze cold stickiness all over the soles of my shoes if I go without. Weird, but true.)

Basically, I’m a sweaty goblin in woman form who should be locked in a tower with a laptop and all the orange popcorn she can eat and left to slide further in her abject grossness in peace.

Just looking at my party dress hanging in the closet is enough to make me want to throw up and run away from home.

As a younger person, I might have considered it.

From ages seven to ten, I crawled out my window with my backpack ready for the road more times than I can count. But I never made it farther than the end of the block before I freaked out and ran home, my heart slamming against my ribs as I scrambled up the elm tree to the second floor. The only thing more stressful than trying—and failing—to live up to my mother’s expectations for her only daughter was the thought of living in a hobo camp and eating grilled rats for dinner.

Mom’s cooking was never great, but it was way better than rats.

Thankfully, by the time I turned nine, my mother had given up on ballet class and piano lessons and agreed to let me code every day after school as long as I kept my grades up and went to church with her on Sunday without putting up a fight. I’d been arguing with my parents about the illogical nature of religion since I was eight, but an hour on a pew every week seemed a small price to pay for world domination.

Like being the ruler of my own perfect little world.

Not perfect because I was the best at it, at least not at first, but because I was in control. I called the shots and shaped the destiny of my players. In the games I made, I decided who the bad guys were, how much power they had, and what secret combo of cupcake bombs and rainbow unicorn farts would put the Boss Dragon to sleep for all eternity.

In my games, I was a god, or could become one if I worked hard enough.

For my entire childhood and the four years it took to get my computer science degree, I worked like a woman possessed, certain that all my striving to achieve mastery would be rewarded as soon as I entered the workforce. I would get hired by Brain Chill Entertainment—my dream gig—right out of college, be promoted by year two, and be running my own division of the company, dedicated to games for women, before my thirtieth birthday.

For a while there, it looked like my dreams were coming true. My first year at Brain Chill was grueling, but amazing, and my promotion came along right on schedule.

I’m still not sure who’s to blame—my “team” of saboteurs who made it their mission in life to ruin my game or myself for not figuring out how to get them in-line, but it doesn’t matter now. Yesterday I handed in my resignation and tomorrow I’ll be ringing in my twenty-fourth birthday as an unemployed loser human, without a single prospect in sight. I wasn’t fired, but my bosses couldn’t be less happy with me. The chances of getting a good recommendation from them are slim to none, and I don’t have the capital to go indie and launch games on my own.

Even if I did, I’m so burnt out by the past two years of grueling code labor that the thought of jumping into the hustle and grind of creating something new makes me want to curl up in a ball and cry.

And I never cry.

Crying, especially in public, is for people with problems far bigger than mine. Aside from my perfectionist, church-loving mother bossing me around a little, I’ve had a ridiculously easy life. My parents both love and believe in me, my grandmother was convinced I was the most adorable child ever to set foot in New Jersey, and I have three best friends who have had my back since I was a kid. I also got lucky in other ways. From my highly functional and capable brain to my even-keeled emotional state to my ability to eat massive amounts of junk food without gaining weight, I’m fully aware that I won the DNA lottery.