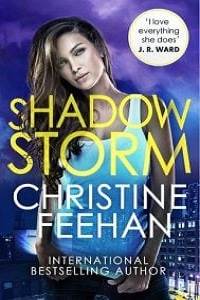 Petrov’s Pizzeria was owned and operated by Benito Petrov, a great bear of a man, and his son, Tito. Those who frequented the pizzeria and stood in line, sometimes for an hour just to get in, considered it the best pizza in Chicago—and that was saying a lot. It didn’t seem to matter what night of the week it was, getting a table was always difficult, and on weekends, it was nearly impossible. Takeout was a brisk business, and that was always a wait as well.

The pizzeria was right in the heart of Ferraro territory, a large section of businesses and homes that were owned, rented, or leased and protected by the Ferraro family. There were whispers and rumors about the family and had been for years. It was said one could go to them with a problem and that problem would mysteriously go away.

Stefano Ferraro was head of the family, and he ruled with an iron fist. They owned banks and hotels, race cars and nightclubs, and they ran all sorts of other businesses, but they could be counted on to take care of the small problems in their territory. They knew the business owners by name and often were seen patronizing the local deli or pizzeria.

Benito kept a booth just for their family and a smaller table set aside for their bodyguards. It was always empty for them, even at his busiest times. They’d never asked him to do so, but then they’d helped him out of more than one problem, and he liked their business. They always insisted on paying, and they tipped his waitresses and waiters more than fairly. It was a win-win situation.

Tonight, only the youngest Ferraro had slipped into the pizzeria through the side door, her bodyguards and Elie Archambault with her. Everyone hoped there would be an announcement very soon of an engagement between Emmanuelle and Elie. Emme was a favorite of everyone in the Ferraro territory and she’d seemed far too sad lately. Elie seemed to make her laugh, and they wanted Emme happy.

Emmanuelle Ferraro laughed as she dipped a salty breadstick into oil and took a bite. The booth in the shadows managed to hide her from most of the other patrons in the restaurant, which was why this particular table was always held in reserve for the Ferraro family. She was extremely grateful they had a place to go just to be “normal” when she never felt as if she could truly relax anywhere else. Eating pizza at Petrov’s with Elie Archambault was the most relaxed she could ever get, and she was extremely happy that she could have this little time to pretend her life was ordinary.

“I can’t believe the first thing you put on the plus side of this list was having babies.” Elie glared at her.

Her laughter spilled out again at the feigned horror on his face. He was handsome. Shockingly so. All masculine and hard edges. That black hair that spilled across his forehead and made women want to tame it.

“I am not just a sperm donor,” he stated with great dignity.

She waved the breadstick at him. “Don’t be such a baby. This is very serious stuff. My mother expects little Archambaults running around. Tons of them. Like maybe a dozen. Think about that, Elie. We would make beautiful babies. And since my mother and the devil have some sort of pact between them, and she loves you and the thought of your babies, that tops the list for pros. I hope you’re really good with kids and like the idea of staying home with them. I’m sure she’ll be around a lot because she’s not allowed in any of my brothers’ homes. She’s been banned from every single one of their houses.”

Elie groaned. “That goes on the con list. The staying home with the kids and your mother.”

“You already wrote my mother. She’s at the very top of the con list.” Emme pointed with her breadstick. “Number one.”

“Your mother warrants putting down there twice. Add staying home with a dozen children to that con list. I’m a shadow rider. I don’t stay home with children. That would be your job.”

Emmanuelle made a face at him. “Why? Because I’m a woman?”

“No, because you’re the one with the mother insisting on twelve children. Move on or we’re never getting through the list,” Elie commanded, helping himself to salami and olives. He glanced down at the list and sighed. “Your second pro is that I like the same pizza you do? Emme. Couldn’t it be that I’m really damn good-looking?”

“No, because you already know you’re good-looking and that makes you arrogant.” She gestured toward the “con” list. “I think that’s number like six or seven. Arrogance. I had a difficult time deciding whether or not to put it up at the top of the list. I think I should have.”