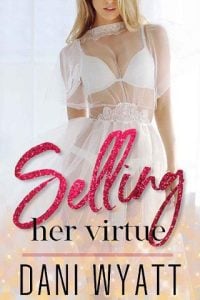 I wouldn’t know. But gosh, how I wish I did.

I dip a particularly phallic looking one into the little metal dipping bowl of honey, take a shameless, orgasmic, moaning bite, and then look across the table at my friends.

Across from me, my bestie, Emily, is taking on a double bacon cheeseburger with reckless abandon.

On my left is Jules, my college classmate and econ study buddy, tucking into a luscious Cobb salad with extra blue cheese.

On my right sits Gina, my longtime frenemy, poking at an undressed pile of arugula with a sad, anemically-white chicken breast on the side, like the entire plate of food has been sent to personally offend her. Still poking, she leans over and sips her unsweetened tea through the straw, and then adjusts one of her falsies with a slightly bored blink.

She’s always been a master multi-tasker.

I’m not going to let Gina’s perpetual diet and triple-length lashes ruin my Friday night vibe. Because chicken fingers. And honey. And the strawberry shake that the waitress just set down in front of me.

It’s a particularly lovely Dallas night for sitting out on the patio at Dorothy’s Texas Grub Stop. This place has been a favorite for overindulgence and comfort food since I was in middle school.

Today, the summer heat has given way to the crispness of fall. My favorite. And everything is perfect, until midway through my next big bite when Emily’s phone dings on the table. She nearly drops her cheeseburger, in a fumbling rush to pick it up.

I know what she’s hoping. I can almost feel her stomach flippity-flop, then drop. She’s hoping it’s him, Brent, the guy to whom she gave her virginity and then he ghosted her. Not a word for a week.

Asshat with a capital A. If I could get my hands on him, I’d Lorena Bobbitt his butt so fast he wouldn’t even know what had happened.

Emily’s shoulders slump, letting her phone slide into her lap, then she hangs her head over her burger. Her bangs make a curtain across her eyes. Whoever it was, it wasn’t Brent.

“Look,” I say, wiping my face with my napkin as I swallow down the half-chewed bite still in my mouth. “Forget him. It’s over. It sucks. But you deserve so much better than a guy who could do something like that to you.”

Her chin starts to pucker and wobble.

I grab her hand and squeeze. “Stop. Stop it. Enough beating yourself up.”

A big sniffle and a sigh.

Gina pushes her chicken breast around her plate.

“I always thought it would be you, Lexie,” she remarks sounding superior.

“Me who what?” I mumble around a mouthful of deep-fried perfection.

“You who gave it up to some guy who didn’t deserve it,” she finishes, raising her eyebrows in a way that looks like she’s challenging me.

I briefly choke on my chicken finger, before composing myself, finding my inner calm, then swallowing and looking her in the eye.

“Says the girl who gave it away while we were still in high school to, who was it? Oh yes, our cheerleading coach.”

Gina raises a perfectly-groomed eyebrow. “Got me the captainship, didn’t it?”

True. This is the thing about Gina. She speaks uncomfortably on-point truths. I admire that. Her practicality. Her lack of sentimentality.

Though it would be way better if she was less of a bitch about it. But she’s not from here originally. She doesn’t understand the fine art of being Texas sweet while injecting venom.

Still, it doesn’t mean I’m going to let her live it down. But hindsight is, thankfully, 20/20. And I believe in the healing power of humor.

“If I do give it away, at least it won’t be to some guy with a dad bod and a Subaru,” I counter, snapping my tongue in my cheek.

Gina barks out a laugh and snorts. Emily chortles into her burger. But Jules looks totally aghast. If she had pearls, they’d be clutched.

“Speaking of first times…have you girls heard,” Jules offers in a confessional-booth whisper, “about the auction?”

I shoot a glance at Emily, who looks puzzled. And then to Gina, who looks slightly skeptical.

Jules leans in and lowers her head. Her Jesus fish necklace swings ominously over her salad.

All three of us just stare at her, blinking. It feels like Mother Teresa dishing about what she read in Cosmo.

Jules shakes her head so hard her ponytail slaps her cheeks. “I’m not. I heard about it at church.”

“But can you imagine?” Jules continues. “I can’t. I’d never. When I lose my virginity, I want it to be meaningful. Sacred. I want to give it to my husband like the gift that it is.”