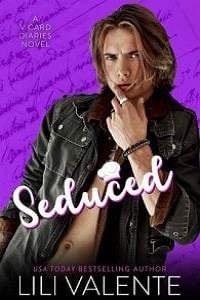 I could have “lost it” a hundred times by now.

Maybe more than a hundred.

That’s not some cheesy flex. It’s a fact.

And sure, being conventionally good-looking helps, but that’s not why women ask me to go home with them far more often than the norm. It’s because I love women. I care about them and respect them and was an ally back before that was even a thing. I was raised by a single mom and all of my best friends growing up were girls. I saw the shit they had to put up with from “non-ally” men and boys firsthand, and I vowed never to be part of that problem.

Basically—I’m just a nice guy. And while I’ve heard the old “nice guys finish last and can’t get laid to save their lives” adage as often as the next person, in my experience…it’s a crock of shit.

When I fell head over heels for my first girlfriend in high school, all I had to do was tell Mariah that I was interested. She jumped at the chance to go to a movie with me that night, and we were inseparable for nearly five years, during which I had more than my fair share of opportunities to cheat.

The other girls at school knew Mariah had made a promise to her family not to have sex until she was married. In turn, I’d made a promise to Mariah that I would wait, too—because I was straight up crazy about her—but my promise didn’t get nearly as much respect from our peer group.

I lost count of how many times I had to literally lift one of Mariah’s so-called “friends” off my lap at a party or turn my back on a girl who’d popped into the back of the pizza place where I worked to flash me her bra.

It became a game for some of them, seeing if they could break me.

Seduce me. Turn my body against my heart.

Similar things happened in culinary school, though the women there were less overt about it. It was a hand on mine in class while we were cleaning up the kitchen or a lingering glance over coffee in the student lounge that made it clear if I wanted more than friendship, all I had to do was ask.

But I didn’t ask.

I slept alone, except on nights when Mariah’s roommate was out of town, and she invited me over to share her tiny twin bed in her dorm room at NYU. Sometimes, lying there with her ass snuggled against where I was sporting yet another raging hard-on for her was torture.

But it was sweet torture, because I knew the waiting would eventually be over. We were planning to get married as soon as she graduated and move back to our hometown in Jersey. Even though a part of me dreaded leaving the five-star-restaurant gig I’d been lucky enough to land straight out of school, I was excited about the next stage of our life together.

It felt like we were doing the right thing—keeping our promises to our families and to each other.

And then Mariah decided to have a three-way with two soccer players when she thought I was going to be out of town. I walked in on them in flagrante delicto, and all our plans and promises went up in smoke.

The only silver lining to that betrayal was that I was suddenly free to fuck as many women as I wanted.

I had no moral issues with sex, after all.

As I left her dorm with a paper bag full of my things, I vowed that my dick and I were going to make up for lost time.

Imagine my surprise when I couldn’t get it up for the first woman who brought me back to her place after a few too many beers.

Or the second woman. Or the third…

I soon realized that one-night stands left me cold—and flaccid. But even with women I knew and actually connected with, it didn’t feel right to rush things.

I want more than a body connection.

I don’t get off on fucking strangers, but it’s so damned hard to get to know anyone in this city. They’re either too consumed by ambition to have time for a relationship, too exhausted from working sixty-hour weeks to pay their sky-high rent to leave the house most nights, or just looking to get low-key laid.

Another shitty side effect of so many men being utter fucking assholes?

The women they hurt tend to emotionally shut down, holding future partners at arm’s length to protect themselves from getting the shaft again. But if there’s anything less sexy than going down on a distant woman who’s told you half a dozen times “not to get attached,” I can’t imagine it.