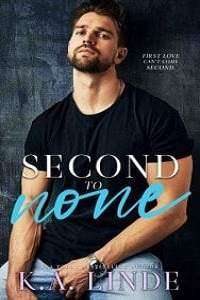 Coming here was a mistake.

I reflexively brought the end of my long black hair to my mouth. It was a habit I’d had since childhood. One I’d thought I’d cracked. Leave it to my mother to bring back all my bad habits.

“Anything else, Ms. Reynolds?” my driver asked as he lugged my Louis Vuitton luggage onto the sidewalk.

I passed him some cash and waited for him to drive away before returning my gaze to the mansion of my nightmares. I’d done everything in my power to get out from under the press of my mother’s bad reputation. And somehow, I was right back where I’d started.

“Why did I agree to this again?” I grumbled under my breath as I hauled my luggage up the front walk.

My chest was heaving as I dropped the bags on the front porch. It didn’t seem to matter how much I tried; cardio and I just did not get along. It sure didn’t help that Savannah summers were oppressive on a good day. After living in LA for the last decade, my body wasn’t used to the humidity. It felt more like I was drinking the air than breathing it. So, I waited until my heart rate dropped, swiping the bead of sweat off my brow, before knocking on the front door to Montgomery House.

The door swung inward, and my gorgeous, indomitable mother stood in the entrance. Rebecca Charlotte Montgomery was a force. I was an actress, made my living pretending to be someone else, and was frequently called larger than life. But I had nothing on my mother.

“Josephine!” she said, her hand going to her chest. “You made it.”

I could hardly keep from shaking my head at her. She wore a sheer floor-length pink robe with black edging over a corseted bathing suit. Her black hair was piled high on her head in a distinctly overly large Southern coif. And she had on fuzzy heeled slippers. She had a golden tan, indicative of our Mediterranean roots. I tanned that easily too. A dry martini with extra olives was in one hand.

“Where am I staying?” I asked as I dragged the bags over the threshold and into the house where I’d spent every summer since childhood up to my senior year.

“Your old room, of course. Don’t worry. I’ve had it renovated. You’ll feel right at home.”

Sure. Right at home. That was exactly how I’d describe the feeling of being back in my mother’s house.

I swallowed back the words and took the stairs up to the second-floor landing. The bedroom I’d occupied over the summers growing up was unrecognizable. Gone was the ruffled bedspread and white four-poster bed and delicate, feminine touches. Now, the room could have belonged to a stranger. It could have been a bed-and-breakfast for all I knew. The comforter was stark white with a mountain of pale blue and gold throw pillows. Everything was new and modern, in contrast to how old the house was.

It felt like something I’d have back in LA. Not anything I’d expect in Savannah.

This house fucked me up.

My phone dinged, and I pulled it out to see a text from my dad.

Did you make it? See your mom yet? You know you don’t have to stay there.

I forced a smile at my dad’s concern. He and my mom hadn’t been together since I had been in the womb. They’d never been much more than civil. When I’d told him I was staying here, he’d balked. I didn’t blame him since my mother and I had never gotten along. But that was a long time ago.

Get a hotel if she becomes too much. Love you.

I set one suitcase on a luggage rack and changed out of my traveling suit and into a purple dress and heels. After running a cool towel on my neck and wrists, I took a deep breath and headed back downstairs.

The mansion had six bedrooms and six and a half bathrooms. It had belonged to her husband’s family for generations. She and Edward had never had children, and so, to everyone’s chagrin, it had been bequeathed to her upon his death. Meanwhile, my dad and I had lived in the north Atlanta suburbs. He was an artist, and without the child support checks my mother had diligently given him for taking me off her hands nine months out of the year, we wouldn’t have had a roof over our head. I’d hated always asking for money from my mother, but if I needed anything, it wasn’t my dad who provided. On the flip side, it certainly wasn’t my mother who had ever been there for me when it was important. Money didn’t solve all problems.