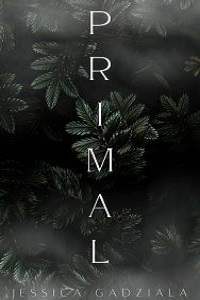 How many times had my grandmother told me that I should never be alone in the woods at night?

It had to be about a thousand times. Along with the advice that if you were alone and heard your name called, never to answer it. And that if you are taking a hike and feel like you are being watched, to never look behind you.

I always thought she was, you know, a cooky old broad full of Appalachian folklore.

My summers were full of her little snippets of seemingly silly advice amongst snapping green beans and baking pies.

Even a couple decades later, I still found snapping green beans on the front porch—or in my case in the city, on my balcony—oddly therapeutic. And nothing boosted my mood like a good session of procrasti-baking, having my tiny apartment full of the sweet scents of berries and the rich tang of butter.

There were so many times in my life that I longed for her tiny cabin at the feet of the Appalachian mountains, the slow pace of the long summers I spent with her, the detachment from the craziness of the world.

Hell, that was the very reason I’d left my life behind with only a few boxes of my belongings in the backseat of my ancient car, and made the long drive from New York to Virginia.

To figure out what the hell I wanted to do with the rest of my life.

My grandmother had passed a few seasons before, leaving her little cabin to me “for when you need to plant those roots somewhere.”

I’d been too heartbroken to show up before.

And the first thing I did when I stepped on the creaky floorboards of the front porch was well up and sob for the better part of the afternoon.

It took a solid week to be able to get the place cleaned of cobwebs and critters who’d found little nooks and crannies to creep in.

It wasn’t until all that cleaning was done, and I felt comfortable in the cabin, that I started to venture out.

There was the overgrown garden, full of weeds and volunteer plants that kept growing, dropping their fruits and therefore seeds, and regrowing year after year, even without any assistance.

If I were still around for the next year, I would be eating an abundance of tomatoes, greens, and squashes.

As it was, though, fall was steadily approaching, so all there was to eat were a few overly ripe tomatoes and pumpkins that had vined everywhere.

Leaning down, I tightened my shoelaces before making my way toward the mountains, seeking the silence, the peace inside my mind that I knew as a little girl exploring their mysterious depths.

Back then, my grandmother had taken time to tack little red ribbons to the trees that would lead me well into the woods, but lead me right back to the house.

Follow the ribbons and you will always be safe, Mari.

There were brave moments when I was young and reckless where I would venture off the path, but only a couple dozen yards, always keeping the ribbons in sight.

But it had been many summers since I’d visited my grandmother. Getting older, I’d wanted to spend my time exploring the city with friends than in the woods with the bugs and the snakes and all the crap I thought I’d somehow “grown out of.”

So I was on my own as I walked, though there was still a clear path that led up toward the mountains.

The problem was, by the time I’d realized that I couldn’t even see the cabin anymore when I looked back, it was already starting to get dark.

Panic, raw and familiar, gripped my system. It was the sweat that started to break out across my skin, the sick feeling in my belly, the hypersensitive hearing that I developed.

I knew, logically, that the predators of the Appalachias had been on decline for decades. That didn’t mean, though, that there were no bears, bobcats, or coyotes still hanging around.

Oddly enough, though, it wasn’t those things that I felt the most panic coming forward at that moment.

All that I could focus on was my grandmother’s words.

About things that went bump in the night, that were capable of saying your name.

“You’re being ridiculous,” I assured myself as I reached up to tighten the elastic around my long blonde hair that suddenly felt like it was too visible under the bright moon.

Nothing good happens under a full moon in the woods, Mari.

I was letting my mind run away with me.

I just needed to take a couple deep, calming breaths, and try to retrace my steps.

Even in the dark, the “path” was still somewhat visible.

I just needed to get on it, stay on it, and make my way home.

It was right about then, as I was giving myself a little pep talk, that I heard a distinct crunch behind me.