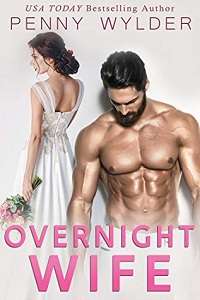 “To girls’ trip!” My best friend Lea laughs and raises her shot glass to clink it against mine.

I take a deep breath, trying not to let the cloying scent of tequila or the stickiness of this nightclub floor get to me. Or the absolutely terrible layout and lighting situation. Did they really think blue underlighting would flatter anybody? Amateurs. I knock my shot—calling it a glass feels far too classy for the plastic neon glowing-in-UV-light container—against Lea’s and toss it back without breathing again. That helps to dull the immediate throat and nostril burn of the tequila as it slides down my throat.

With a triumphant “Ha!” I slam my second shot down against the countertop. The cheap plastic container promptly breaks in two pieces. I shoot the bartender a wry smile as he reaches over to scoop it up, rolling his eyes.

Lea, on the other hand, elbows me, looking for all her worth like a proud mama bird who’s just shoved its poor fledgling out of the nest headfirst. “Look at you! Mara Greene, a regular party girl. Who’d have thought.”

I roll my eyes. “This is not going to become a trend, Lea.”

“Hey, a girl can dream.” Her grin widens as she grabs my hand and tugs me toward the dance floor. This particular overly loud beat does sound pretty familiar, in a way that reminds me of college, where Lea and I met. She was the loud and bossy socialite majoring in acting, I was the nerdy shy girl on stage crew who preferred to operate the spotlight rather than stand in front of it. Normally you wouldn’t peg the two of us as being a good match, but Lea marched right up to me after I worked on a background set for her solo tryout, wrapped me in a hug and announced that anyone as good with staging as I was had to be her friend.

We’ve been close ever since. Even if we don’t share too many weekend activities—Lea’s more of the club scene girl, and I’m more of the “in bed by 9pm so I can wake up pre-dawn to go fishing with my father” type.

A pang that has nothing to do with the tequila strikes me right in the chest. Right above my heart. I rub at it, wincing, and try to force my thoughts away from my father. It’s been two years since he passed, but it still hurts just as much as it did on the day he died.

“Are you gonna start dancing, or do I need to buy you another tequila?” Lea shouts in my ear over the heavy thud of the bass.

I sway my hips in tune to the music and she flashes me an approving grin. I have to admit, after the tequila works its way into my bloodstream and I start to work up a sweat on the dance floor, it does feel nice to cut loose.

“So?” Lea calls again, when that song peters out and before the next one gets up to full speed. “How are you loving Vegas?” Her eyes twinkle with amusement.

I laugh and roll my eyes. She talked me into driving out here from LA where we both moved after graduation last summer. Lea’s waitressing and going on auditions every spare moment. And me? I just landed my dream job. Like an actual, honest-to-goodness stage coordinator gig, designing and building props for a huge media company, Pitfire Media, hosting their first play at the biggest theater in the city.

So, some celebrations are in order. As well as a much-needed break from reality for Lea.

Hence my agreeing to this madness. “I guess it’s not the worst,” I shout back at her, even though, to be honest, I’m having a lot more fun than I expected.

“You’re gonna be a club regular by the time the weekend’s up,” Lea promises, and I snort.

“This is a special occasion. Besides, it’s your fault. What did you tell me? ‘You need to learn how to cut loose’?”

Lea grins. “I stand by that declaration.”

“Then you’d better be ready to help with the consequences tomorrow, when I need a metric ton of caffeine and Tylenol just to crawl out of bed.”

Lea shoves my shoulder playfully. “Rule number one of Vegas, Mara: we do not worry about next-day consequences while we’re still out.”

With that, she spins away from me to wrap her arms around the neck of the nearest guy. He’s pretty cute actually, tall and gangly and not at all Lea’s usual burly macho type. But maybe she’s trying new things tonight, too.

I wonder if I can be that brave. Before the thought is even in my head, though, I’m dismissing it. I didn’t come here to hook up with someone. I just came to celebrate my new job. End of list. But cutting loose is going to be hard to do with my mind still stuck in LA, wondering how my first day on the job will go the day after tomorrow.