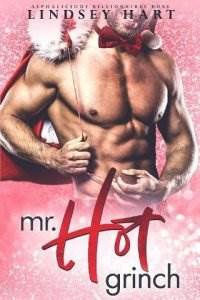 There’s nothing quite like going home for the holidays. Unless you don’t have a home to go to because you had to mass exodus when your parents suddenly lost their minds. Cut. Off. No money. Frozen bank account. No car. Merry freaking Christmas.

I guess you could say I did it to myself, but that’s not entirely true. I like to think I have principles, and one of them is that I will not allow myself to be married off to a complete stranger.

It’s also not true that I dug my own grave because I’m clearly not dead, and I didn’t choose to kill the relationship between myself and my parents. We might not be super close, the way some families are. I might have primarily been sent to boarding schools while they made tons of money and lived a lifestyle befitting their status. They might have chosen where I went to college and what I studied—business, of course. But still. Deep down, they’re good people. They were raised the same way, so they can’t really help it. They’re just trying to look after me. And they do love me and want what’s best for me.

At least, I thought so.

Until they betrothed me to a total stranger.

Betrothed. It’s such an archaic term, but I can’t think of a better word to use. They really did betroth me to some asshole. As in, they promised my hand in marriage to seal some sort of business deal. Yes. Because they don’t have enough money already. They want more. They want this giant merger between two companies, and I have no idea where they came up with the idea because I don’t even know what the other company is. I don’t want to know. I refused to look up the name Maxwell Stone because I don’t want to know anything about the deal. I honestly don’t understand much of what went on in their heads because I sat there and listened to about four point eight seconds of it before I flew out of my chair and ran out of the room.

I have no doubt they’ll cut me off now.

Maybe that’s not a big deal to some people, but I’m a Hardington. Elizabeth Euphenia Gloria Hardington, or Feeney, because I hate the name Elizabeth. It was my dad’s mother’s name. I have nothing against her; I just never knew her, and right from birth, I seemed to hate the name and any variation of it. My mom’s mom was named Euphenia. She died a year before I was born, and my mom always promised herself that if she had a girl, she’d get the name in there somewhere, so she did.

Euphenia is a bit of a mouthful for everyone, so I go by Feeney. It’s easy and non-threatening. People can say it, even if they think it’s weird. Lucky for me now, the world is full of strange names, especially when parents compete with each other to see who can give their babies the most creative names ever.

After cutting my parents off the minute they said something about a merger and a marriage to some dude I don’t know, I went to my room and packed a bag. I threw in everything I thought would be worth something, but it wasn’t much. Just my phone, tablet, and laptop—no jewelry because everything is stored in dad’s safe, and I hate wearing it anyway, so it’s never around my room. I was able to pack two designer purses—my spare and the one I use—two pairs of designer shoes, two changes of clothes, and the cash I had in my wallet at the time. It was only four hundred dollars, sadly. That’s a lot to carry around, but it won’t get me far in the real world.

I no longer have a working credit card since I can bet my dad froze it the second I walked out of the house, seeing as it was jointly in his name. So was my bank account, so that’s, of course, frozen as well.

Thank god we live in Florida. Pinecrest, of course, so we blend in with all the other well-off families. My parents have houses elsewhere too, but they’ve owned this one since before I was born, and it’s the one I call home. Or rather, called home. As in, past tense.

So here I am. Hopelessly slogging down the street in my canvas runners, my ripped up skinny jeans, my plaid shirt, and a cardigan. My car is in my dad’s name too, so I couldn’t take it. I literally had to walk out of the subdivision and just keep going. I’m still trying to hold my head up high and pretend like my heart, head, and shoulder aren’t breaking from the stupid, heavy duffel bag.