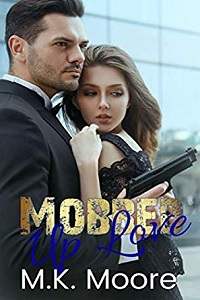 This is so not how I imagined I would be spending the night before Thanksgiving. Having drunk fucks trying to touch my tits is not my idea of something to be thankful for. I should be getting ready for turkey and pumpkin pie, but alas I'm stuck in this Arabian Nights themed strip club. My “uniform” consists of a violet cropped, billowy, long-sleeved, sheer top and extremely short but billowy shorts. Think Princess Jasmine, if she suddenly became a corner-dwelling, street walking, lady of the night.

It's just too much.

My big boobs hang out and with the looseness of the shorts, you can see my whole new world.

I just turned eighteen last month and on that day, I got a third job. I am now the not-so-proud hostess at The Harem. It’s not a terrible strip club, thankfully. The Harem boasts strippers of all shapes and sizes. It’s clean and there is a strict no touching policy, plus they have amazing security. This is not what I want to be doing with my life, but I have no choice. I help my mom take care of my siblings.

Living in Brooklyn isn't cheap, and my mom needs all the help she can get right now. Between her two jobs and my three, we barely make ends meet. I have three little brothers, and all are still in diapers. My mom had me when she was a freshman in high school. My father was out of the picture before I was born, then he died in Afghanistan in 2003, so for the longest time, it was just me and my mom, Betty. At thirty-three, she still is looking for her happily ever after.

Five years ago, she met and married Sal. The world’s biggest douche. He got my mom pregnant three times in rapid succession. He’s abusive to my mom and irresponsible. Six months ago, he up and left with all of her savings as well as mine. I had just finished high school, so I put college on hold, not that I ever thought I could afford it, and added a second job. My first job is part-time at the Cuban grocery store on Flatbush Avenue. I do everything from stock shelves to helping with accounting. The Garcia's need all the help they can get too. They are getting older and never had children of their own. I've worked there since I was fourteen and I am pretty sure I always will.

My second job is also part-time at a car dealership as a receptionist. I only work Saturdays and the pay isn't great, but I meet lots of interesting people. This third job lets me make bank and work at night while my mom is at home with the kids. It just isn’t exactly moral. I vowed to never strip, so working as a hostess until I can bartend seemed like the way to go, at the time. Every day I'm here, I hate it more than the last.

Because this place is in Manhattan, we are surprisingly high tech. The iPad at my station by the door tells me there are two bachelor parties coming in tonight, but they are staggered. One at seven and the other at ten. Since I work from three in the afternoon until three in the morning, when we close, this is going to be a long freaking night.

By eight, I'm already exhausted and so beyond tired of dealing with the first bachelor party. They are driving me nuts. They are loud and obnoxious and very clearly violating the rules. The club owner, Clyde, isn't doing shit about it because they are very much connected to the mob. The groom is Joey Santucci's little brother, Richey. Joey Santucci is the head of the Santucci crime family, and everyone knows you don't mess with them. They have everyone in their pockets, including high ranking officials of the police department and the freaking mayor. Well, the old mayor. No one has seen him in months, so there was a special election for the current mayor.

Despite knowing that, I’m ready to kill the groom. He has asked me three times in the last hour to do a private dance for him. I've told him I don't do that. Clyde has asked me to do it as a favor to him. I'm starting to think that if I don't do it, I won't have a job tomorrow. Or worse.

I am seriously considering puking on the guy instead of dancing for him when the second bachelor party comes in. These guys and the one girl with them look very normal. I smile brightly at them. As they file in, these guys must be VIPs because of the gratis symbol next to the party name. I can't help staring at one man in particular. He's so friggin’ hot I find myself praying, actually praying, that he isn't the groom.