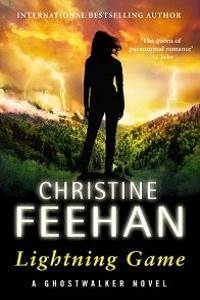 We are the GhostWalkers, we live in the shadows

The sea, the earth, and the air are our domain

No fallen comrade will be left behind

We are loyalty and honor bound

We are invisible to our enemies

and we destroy them where we find them

We believe in justice and we protect our country

and those unable to protect themselves

What goes unseen, unheard and unknown are GhostWalkers

There is honor in the shadows and it is us

We move in complete silence whether in jungle or desert

We walk among our enemy unseen and unheard

Striking without sound and scatter to the winds

before they have knowledge of our existence

We gather information and wait with endless patience

for that perfect moment to deliver swift justice

We are both merciful and merciless

We are relentless and implacable in our resolve

We are the GhostWalkers and the night is ours

Rubin Campo stood in front of the small cabin made of mostly broken lumber his brothers and father had dragged or cut from the trees in the forest and pieced together. No one had lived there in years, but he and Diego came back every year and fixed the place up. He had no idea why. Some compulsion buried deep in them that pulled them back, he supposed.

They’d been born there. The cabin hadn’t been so large then. At the time it had been one room. His two older brothers and father had begun expanding it as the family grew in size. Eventually, there were nine children. Had their father not died when his horse stepped in a hole and fell, rolling on him, breaking his father’s neck, there most likely would have been more children.

They had lived off the land and were distrustful of outsiders. He’d learned hunting, fishing and trapping at a very early age. By the time he was three, he had learned to shoot. Every bullet counted. None could be wasted. It mattered little what age he was—if he pulled a trigger, he was expected to bring home something to put in the cooking pot.

“Someone’s been moving around the property,” Diego said, coming up behind him. “Tracks everywhere. Been coming here for a while.”

The community was a very closed one. They didn’t let outsiders in, and everyone within several miles of their land knew the brothers returned to their property. They were doctors, and they came back and treated the sick. The people were so distrustful of government and everyone else, they refused to go to the nearest towns for medical aid, relying on homeopathic treatments. Rubin and Diego returning, two of their own, were welcome. No one would steal from them. Whoever was taking things from their cabin had to be an outsider, yet the tracks indicated that the person was coming and going on a regular basis.

Rubin didn’t know why it bothered him that someone would take anything from the old cabin. It wasn’t like they lived there or needed the things they’d left. People were poor. He remembered being hungry all the time. Real hunger, not knowing when his next meal was coming or even if it was coming. He knew exactly how that felt.

Rubin was ten months older than Diego, and they’d been seven years old when their father had died, leaving their mother with nine children and only the land to sustain them. Their two oldest brothers, at fourteen and fifteen, had gone off looking for work, hoping to bring in money, but they had never returned. Rubin and Diego never learned what happened to them.

The two boys, as young as they were, began to hunt, fish and trap to put food on the table for the family. The girls helped by gathering plants and roots and growing as much as they could to help provide. Out hunting rabbits, the boys discovered a spring up above their cabin. Both were already showing astonishing promise of their genius abilities in spite of their lack of formal education. By the time they were eight, they figured out how to use gravity to bring that water to their cabin, and for the first time, they had running water in the house.

They were nine years old when Mary left to marry a man on the farm closest to theirs: Mathew Sawyer. There were few choices for men or women to find anyone where they lived, but he was a good man. She was barely of age and she died in childbirth nine months later. Their mother didn’t smile much after that, no matter how many times the boys or their sisters tried to coax her.

Rubin reached back and rubbed at the knots in his neck. “I swear, every time I come to this place, I think it will be my last, but I can’t stop.” He turned away from the cabin. “It’s really beautiful up here. I need the isolation of it. I love the swamp in Louisiana and our team, everyone there, but sometimes …” He trailed off.