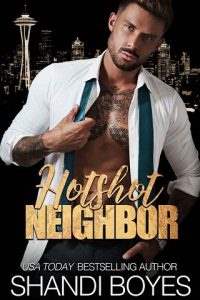 Bad things happen everyday. It’s just more f’d up when it’s a member of your family hurting you.

I escaped the abuse.
I hid the torment.
Then she made me realize drugs and alcohol only blanketed the pain.
She could wholly remove it.
It would have been ideal if her father wasn’t an exact replica of my nightmares.
He represents everything I’m afraid of.
Until I realize losing her will be far worse than anything I’ve faced.

A huff vibrates my lips when my eyes stray to my cell phone on the nightstand of my new but in-bad-need-of-a-renovation crash pad. It’s well past midnight, yet my body is acting as if it didn’t spend the past eight hours wrangling furniture into an apartment smaller than my previous walk-in closet. And don’t get me started on the near four-day trek to get here, or you’ll think I’m a weirdo who hates sleep.

It isn’t that I hate it. It merely alludes me at every available opportunity.

I’ve hardly slept the past five days, but instead of counting backward from three hundred by threes as taught by my childhood therapist, I toss off the bedding I threw on my mattress in a hurry two hours ago, then enter the hallway separating my room from my cousin’s, Octavia.

When my eyes land on the boxes lining the paint-peeled entryway, I consider recommencing the unpacking routine Octavia and I undertook within ten minutes of being handed the keys, but the slightest tremble of music from the partially cracked open kitchen window diverts my attention.

I’m not a fan of the doof doof music they play in the clubs, but I moved to the other side of the country on a whim to be an unrecognizable face in the crowd, so why not take advantage of my newfound alienation of a title I don’t deserve?

Don’t misconstrue. My family isn’t famous by any means. We graced the front pages of the newspapers in our home state for a couple of months, but they weren’t any stories I wanted to share during the bring-your-grandparents-to-school days. We were an embarrassment to our community, but some dumb fucks had a hard time believing the blame for that didn’t belong on a kid’s shoulders.

They put Octavia through the wringer, and since I was too scared to speak the truth, I stood at the side of the slaughter yards, cowardly watching Octavia take the brunt of it.

Before you chew me a new asshole, step back for a second and assess the situation with me. As far as my grandfather was concerned, my mother already had one foot out the door. According to him, it’s a sin to have sex before marriage, so you can imagine what his response would have been if he found out the baby in my mother’s swollen womb on her wedding day didn’t have an ounce of his son’s blood.

I was ten when the shit started hitting the fan for my family, and although that isn’t an excuse as to why I didn’t stand up for Octavia when she went against a man our family classed as a god, when you understand the circumstances behind my lack of disclosure, you might grant me a bit of leeway.

Bad shit happens to people every day. It’s just even more fucked up when it’s your family doing the hurting.

But since that is the exact reason I moved to the other side of the country with the clothes on my back and a hefty credit card debt, we’re going to force that ugly skeleton back into the closet and pretend I’m a fan of techno music.

After throwing on a long-sleeve shirt over a collection of tattoos I got in my youth as a form of rebellion, I tug on a pair of sweatpants then head for Octavia’s bedroom door. “Tiv…”

I rap my knuckles on the warped wooden door before carefully prying it open. A grin curls on my lips when I spot Octavia in the middle of her bed. Her mouth is gaped, her nostrils are flaring, and the most unladylike snorts are bellowing out of her.

It’s lucky she has both looks and smarts because she’ll need them if she wants to snag a man with half-decent morals. He can’t be a full-blown saint. One, we have too many skeletons in our family to rope an angel into the mess, and two, no one is a saint. Not even a man raised on church stairs.

Although confident Octavia won’t wake before I return, I enter the compact kitchen that looks more like a storage shed from the number of unpacked boxes covering the minuscule floor space, snatch a piece of paper off the two-seater dinette, then scribble down a note to let her know where I am in case she wakes.

Needed some air. Be back in an hour or two.

I could text her, but come on, tell me one twenty-five-year-old you know who doesn’t race to their phone the instant it pings. Since I’d rather she sleep than learn about my shitty nighttime routine more than she did in the cab of the moving truck we hired, I’ll stick with notes on the refrigerator.

“Fuck,” I groan under my breath when a blast of wind almost knocks me on my ass as I burst through the front doors of our apartment building. I didn’t realize I’d need to pack a coat in June.