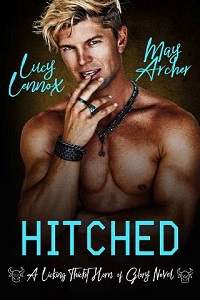 I was not a morning person.

I hadn’t been one back when I was a kid spending summers in Licking Thicket, even though my Aunt Cherry had bribed me with baked goods, blasted ’80s pop songs loud enough to make the windows of her old Victorian rattle, and reminded me crisply that, “Spending your time dreaming is as useless as pining for a man, Quinn. Reality never lives up to expectations.”

And at age thirty, despite founding two successful event-planning businesses, accumulating a roster of incredibly demanding clients, and having enough failed relationships under my belt to recognize that Cherry had been spot-on when it came to men, I’d accepted that I was never going to be a morning person either.

So when I sensed morning light filtering through my curtains one January morning, was it any surprise that my first impulse was not to jump out of bed or even to roll over and check my phone for the onslaught of messages from the half-dozen nervous brides on Taffet Events’ current client list?

In fact, I pulled my pillow over my head to block out the light, yanked my quilt up to my chin, and slid right back into a dreamy, sensuous slow dance with the handsomest, most charming man I’d ever met—a man whose tan skin set off his sun-kissed hair and blue eyes, who was witty and intelligent, whose biceps were as big as my thighs, whose lips tasted like amaretto and secrets, and who said my name all hot and slow, like…

Um, no. My personal Prince Charming wasn’t supposed to say my name in that curt, impatient tone. He was supposed to rumble my name from the depths of his chest, the way he had the first time he kissed me. Or to shout my name, hoarse and helpless, like he did when I made him mindless with wanting. Or even to whisper my name sleepily, like he sometimes did when he wrapped his arms around me in the dark of night. He was definitely not supposed to say—

“Quinn!” A big, callused hand shook my calf, knocking me out of my dream entirely. “Fuck’s sake, man. I’ve seen dead bodies that were easier to rouse. Did you see where my T-shirt ended up? I have a meeting at work this morning, and I’m running late.”

I heaved a sigh, shoved the pillow off my head so hard that it tumbled to the hardwood floor, wiped the drool off my face, and sat up to confront reality—all six feet and several blond-haired, blue-eyed, grouchy-as-fuck inches of him.

Staring directly at the magnificence that was Percy Champion was a little like staring at the sun. He wasn’t actually a dream man, I reminded myself. Just a regular old guy.

With a run-of-the-mill gorgeous face and garden-variety broad shoulders, trailing down to a plain-as-dirt narrow waist and dime-a-dozen eight-pack abs that glistened with tiny water droplets from his morning shower like a benevolent god had encrusted them with diamonds.