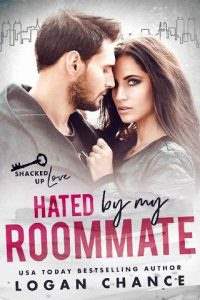 It’s true, everything is bigger in Texas. Our great state contains everything from the world’s largest pecan to the country’s longest Bowie knife. Heck, we’ve even got Big Tex, the tallest cowboy statue on the planet. Somewhere in all that bigness fits my father’s “brilliant” ideas. Bless his heart. He really thinks I can become a spy for his record label.

“Dad, you can’t be serious.” I offer a carrot to Oreo, our black and white pinto horse, while my father tugs at the corner of his giant mustache, looking me over.

There is nowhere under the vast blue sky for me to run and hide from his stare, but that doesn’t mean I don’t crave to hightail it to the barn and burrow down into a bale of hay anyway. You don’t say no to Brock Lancaster. The intimidating Stetson perched on his salt-and-pepper hair and the weathered cowboy boots on his feet have sealed many deals over the years. I may be his princess, but I’m also the last of his bloodline and I know the next thing he’ll spout is if I wish to one day be queen and rule the kingdom he’s carefully crafted, then I need to take one for the team.

“A woman’s home is her sanctuary.” Oreo nibbles my fingers and prances away from the white fence as if he doesn’t want to stick around for this conversation.

My father rolls his gray eyes at me. “Sydney, if you want the piranhas to take you seriously in this business…” I don’t even bother listening to the rest of the lecture as it flies past his lips.

This request is beyond the call of duty. I can’t believe he thinks I will let a guy I’ve never met stay with me for a month.

“Doesn’t matter to you that he’s a stranger?” The sweltering sun beats down on my shoulders as I square them to face off with my father. For good measure, I park a hand on my hip, like my momma would do when she was alive, hoping he abandons his ridiculous plan and sees reason. Granny will lose her bonnet when she finds out what he’s got up his sleeve.

“I wouldn’t put you in a dangerous situation,” he drawls. “You know that, honey.”

Ha! That he’s asking me to share my home with a potential employee so I can make sure he’s not a hack for the competition is beyond the pale. My dad is known for his unorthodox practices, so does it surprise me he’s cooked up this scheme? Nope. Even so, they rarely involve me.

“But you are, Dad. What if he assaults me in the middle of the night?” It’s dramatic but a logical question.

My father balks. “Sydney, he’s a respectable, well-known name in LA.” He hooks his thumbs beside the gold buckle of his belt. “It’ll only be for a few weeks.”

I tap my boot on the rain-starved ground, sending a plume of dust onto the red leather. “What if he steals all my things?”

Dad tosses another eye roll in my direction. “Listen, he will not do anything criminal. He’s one of the top talent scouts in the country, and I’ve had my eye on this guy for ages to fill the executive recruiter position. But you never really know someone until you’ve lived with them. While he’s in town, entertaining my job proposal, you’ll spy on him and report back to me. You’ve got my blood in your veins, and you’re the only one I trust to see if the assholes over at Halo are setting me up.”

To an outsider, he’d sound paranoid. But I’ve been around my father’s business enough to know that his competition wouldn’t be above inserting a mole to steal some of the top-earning stars out from under Dad’s mustache.

“Whaddya say?” he coaxes. “This will be your company someday soon when I retire, so it’s good to get your feet wet. Baby duck needs to learn to swim with the sharks.”

A sigh leaves me as I glance out at the horses lazing in the lush green grass of their paddock. Why can’t my life be that simple? We both know I’m going to say yes, and I’ll just have to journal out my frustration like Momma taught me. Lord knows, she had stacks from dealing with Daddy’s larger-than-life personality. The thing is, he raised me with constant talk of taking over Reilly Records, but as much as he planted the seeds of succession and watered them with incessant knowledge, it never took root inside me.

One day, I’ll gather the courage to tell him I don’t want the business, that I have other dreams. Right now, I don’t have the heart to do it. He puts on a grand show for everyone, but as the daughter who loves him, I see the man who fears losing the legacy he built from the ground up.