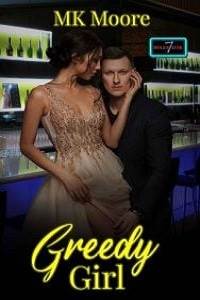 My older sister, Keke, and I left home three weeks ago. We left our conservative parents in Ohio in the middle of the night. We had to. They didn’t understand us, but me especially. I tend to gravitate toward the darker side of things. Keke and I landed in Nashville. All our babysitting money pooled together only got us this far with just enough left over to stay in the shittiest no-tell motel I’ve ever seen. The Palomino Motor Lodge is just outside the city limits of downtown Nashville. From the filthy room, we can see the lights of downtown. They call out to me in the darkness. They make me think of things a virgin has no business thinking about.

The buildings and the bars owned by country singers hold many promises for finding jobs, but it's another place that caught my eye. On our first day here, we walked up and down Broadway. Though it was daylight, the club, 7 Deadly Sins, gave me vibes. Vibes I'm still feeling weeks later. We made some friends who helped us get some fake ids. At noon on Monday, our fourth Monday here, I went to the club alone. Keke had already gotten a job here, but I wanted to try something on my own for the first time. Maybe I'm feeling salty because she won't tell me anything about her interview, except her supervisor, Kieran was a jerk. Her uniform is nothing like I expected from this club, but I'm okay with it. It’s almost church-like, but maybe that’s that allure of this club. Sinnin’ and goin’ to church go hand in hand. At the club, I open the door and walk into the room. It's dark except for neon signs all over the walls.

"Delivery's in the back, please," an Irish accented voice calls out. I whip my head in that direction. My pussy gets wet, and my mouth goes dry. Oooh. That voice.

"I'm not here for a delivery," I say, after swallowing a few times. A tall man comes out of the shadows. I can't see him clearly, but he's tall. Taller than me anyway.

"Aye. That we are. Why? Are you scared?" he asks, flipping the overhead fluorescent lights on. Holy shit. If I thought his voice was deadly, he looks like he wants to eat me for breakfast, and I'll let him. Fuck, I'll let him do whatever he wants to do to me with a smile on my face.

"Your name is Kitty? Do you purr?" he asks, smirking at me.

"Is that so, lass? I'm Kellen, co-owner of this establishment. What kind of job are you looking for?"

"Be careful what you ask for. Anything can mean a lot of things."

"I do mean anything," I say hastily.

"You're too young to mean that," he says, backpedaling.

"You don't believe me, Kellen?"

"You look amazing for ninety," I deadpan.

"You're going to be trouble, aren't you?"

"No. Honest. I'll be so good for you," I whisper, realizing that I mean it.

"Jaysus, Mary, and Joseph," he says, coming around the bar. I didn't realize I was standing at the bar too. When did I move from the entryway? I’ve felt like I’ve been floating in the clouds ever since I came in here.

I don’t say anything. I don’t think that I can. He’s in my space, and I like it. Suddenly, his hand is wrapped around my neck, his long fingers on the back of it. He bends me to his will, so that I am looking up at him. Then his lips are on mine in the sweetest kiss. My first kiss.

“What was that for?” I ask after pressing my fingers to my lips. They are still tingling.

“Yes,” he says simply. Then I am swept up in his arms.

My little dress is no match for him; his hands are everywhere.

“What happens now?” I ask between kisses.

Suddenly, there is some loud clattering in what I assume is the kitchen. “Come with me,” he says, taking my hand. We head up a small flight of stairs and go through a door, down a hallway to the last door on the left. Inside, two desks face each other. He leads me to the left side, where he lifts me up and sets me on the edge of his desk.

He pushes my dress up my thighs to my waist. I think I am going to like where this is going.

“I feel like I should at least protest,” I mumble, trying to work his belt open. I don’t know what’s come over me. I can’t explain it. I don’t act like this. Like an animal who can’t control herself. He brings it out in me. Brings what? I don’t know for sure, but I can’t wait to find out.