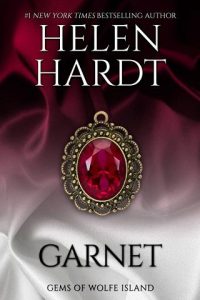 In volleyball, the middle blocker controls the net.

It’s a common misconception that you must be tall to play middle, though at six feet, I’m definitely tall for a woman. I was always tall for my age, which was a real pain in the ass until all the guys shot up during puberty.

I started playing volleyball when I was four years old. Because I was always the tallest, middle became my position, but I kept it not because of my height, but because I could jump.

You have to be able to jump to stop the opposing team’s attacks. Then, on offense, jumping is essential for spiking and scoring.

I was damned good. The best, even.

I lost count, during all my years of play, how many times I got hoisted on my teammates’ shoulders for scoring the winning point in a match.

It never got old.

Jumping. Blocking. Spiking. Staying in the ultimate physical condition because I spent the most time in the air.

Those were my jobs. I never set the ball. Other team members set it to me. As middle, I relied on my team members more than any other position.

On the island, though, I was on my own.

No team members to set me up.

I had to play offense, defense, and everything in between.

And my height wasn’t a barrier to those men, as it was to many before. No. Those men loved my height, my athleticism.

I was a favorite to hunt. I made them feel like big bad dudes. What a blast to their ego when they took down Garnet, the star athlete.

I’ve got the scars to prove it.

No teammates to set me up.

I was on my own, so eventually I learned to go to that place in my head. The place where I was being hoisted up for winning the match for my team.

I loved being the best.

My team depended on me, and I never let them down.

Maybe I got a little full of myself.

Sometimes I almost have to laugh at the irony of it all.

After a couple of weeks on that island? I was no longer full of myself.

I would’ve given up all my athletic ability, all my wins, all those times being hoisted up on others’ shoulders…

The nightmares still come, although not as frequently. I live in Manhattan now, in the building the Wolfe family set up for all their father’s victims. There are three other women here—Katelyn, Lily, and Kelly.

I don’t know Lily and Kelly very well, but I had coffee with Katelyn. She’s nice, although we don’t have a lot in common. She and I had very different experiences on the island. She was humiliated more than brutalized.

Not to say what happened to her wasn’t horrific. It was. And she was hunted. One time I remember—she came back used and beaten, and Diamond took care of her for weeks. Katelyn was different after that. Tougher. More rigid.

Me? I had to be tough the whole time. Offense and defense with no team to set me up.

And it still wasn’t enough.

“Moreno,” I say into the phone.

I already know who it is. Reid Wolfe. Calling from Manhattan. I’m in LA, having just helped take down Kingsford Winston, one of the most dangerous drug lords in the city.

I was looking for his right-hand man, Lucifer Raven. The man who abused my sister.

I found him—or the man who used to be him, anyway.

Lucifer Ashton the third, or Luke as he likes to be called now. I never thought a man like him could change, but I saw it. Saw it with my own eyes.

Part of me still wants to sink a knife into his heart, but I’m done killing.

I did enough of that when I was on tour.

“Another one?” I say with a touch of sarcasm.

“I’m serious. Where the fuck are you?”

I don’t like his tone. I work for the Wolfe family, but I’m a contractor, not an employee. I don’t have to report to him or anyone.

“What about Katelyn?” I ask, already knowing the answer.

Silence for a moment.

Then, “What the hell are you talking about?”

“She’s safe. This man she was dating… Luke Johnson, the waiter? Surely you know who he really is.”

“I do now. Are you telling me two of our women are missing?”

I’m not sure what to say. Katelyn Brooks fell in love with the man who abused my sister. Except he’s changed. So he says. So Katelyn says.

Am I sure? Hell, no. I don’t trust Raven or Lucifer or Luke or whoever the hell he is this week, but Katelyn does. Katelyn is sure.