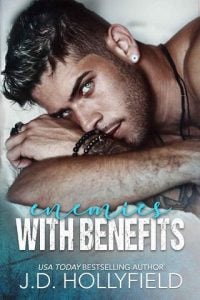 Love is a fire.

But whether it is going to warm your hearth or burn down your house,

you can never tell.

“Better get used to me being in yours. ’Cause this one’s goin’ pro. Coach said a scout from the Giants was at the game on Sunday. Don’t worry. I’ll send you a signed football.” I toss the ball down the dorm hallway and walk into my room. “S’up, Cade,” I say to my new roommate as he passes me on the way out. It’s weird not having Chase here, but he’s a cool guy.

“S’up. Your mom called. Said it was urgent. I’m late for class. Catch up with you later.”

“Thanks, dude.” I toss my backpack on my bed. What the hell is so urgent this time? Last time, it was her Easter menu. The time before that was whether I wanted new bedsheets before I came home for break. She throws "urgent" around like confetti to make sure I call back.

Flopping onto my bed, I pull out my cell phone. Five missed calls. I hit send on the callback. It rings three times before she answers.

“What can be this urgent—?”

“Ben.” The anguish in her voice slices through me, and I shoot upright.

Wait, let me rephrase that. I love anything with an open bar. Taking a deep pull of my vodka tonic, I scan the room. My lips curl up when I spot Levi and Chase huddled together by the bar. If one thing is solid in my life, it’s my boys. Not many people can say they’ve been practically inseparable since they were still shitting in their pants. Almost thirty years later, everyone has fallen down the rabbit hole of chicks, married life, and kids.

My choice, of course. Don’t get me wrong. I’m sure it’s all bells and whistles being sucked into the love web. Kipley, who married his high school sweetheart, has had a smile on his face since he and Stacey crossed paths in the eighth grade. Well, maybe not once or twice when two of his best friends slept with his family members behind his back and got caught. I shake my head at Levi and Chase. They both got a taste of Kip’s right hook.

I take in Levi—the man of the hour. His shit-eating grin confirms he’s the happiest man alive right now. He should be. We are at his wedding, and he just married the love of his life.

Then I look over at Chase, my other best friend. He hasn’t lost that scowl all night. Following his eyes, I spot Bridget, Kip’s cousin and Chase’s once-upon-a-time one-night-stand-turned-his-entire-reason-for-existing. Life can sideswipe you in the most unexpected ways.

Staring back at my group and seeing them all so damn happy, a tightness forms in my chest. They were this happy. Then he was gone. . . I slam my drink and sway. That one may have tipped me over the edge from drunk to hammered. Which, again, is why I love weddings.

One foot in front of the other, I make my way toward my guys.

Kipley’s strange aunt steps in front of me, and I almost barrel over her. I squint one eye and look down at her, internally grunting. “Hey, Aunt Getty. It’s Ben.”

“You know, Bill, I dated a firefighter back in my day. Before my William. He used to show me how to put out fires.” She reaches up and pats my arm. “He was very talented with his mouth.” Then she winks at me.

“Uh. . . that’s great. I actually see someone in distress.” That person being me. “I. . . need to go. Enjoy the wedding.” I slide out of her hold and make a beeline for the bar.

“What are you girls talking about?” I say as I walk up to Chase and Levi. They look like they’re about to cry and hug it out.

“When Chase set me up in the closet,” Levi replies.

I burst out in a laugh. “Rebecca was so pissed. Didn’t she slap you?”

“Hell yeah. But that was the least of my worries.” Kip’s wedding seems like it was just yesterday. Levi was sulking over a bad breakup, so Chase did what he does best and set Levi up with a surprise hook-up in the supply closet during the reception. Too bad—or good, for Levi—Hannah intervened, and yeah. . . the rest is history.

“Well, it all worked out. I mean, maybe not for Rebecca—”

“What are you all laughing about?” Kip walks up.

“Your wedding when Levi—”

Levi cuts me off. “When I drank too much and barfed in one of the centerpieces.” I hold in a chuckle. Kip still has no idea his best friend railed his sister without knowing it was his sister at his wedding.