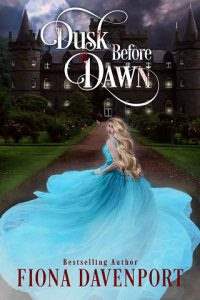 “Kieran! Watch your back!” shouted my brother Stephan as he tossed me a wooden stake. I’d broken mine when I stabbed that last nightwalker a little too enthusiastically against a wall. Catching the spare, I spun around and slammed it into the ribs of the vampire who’d charged at me. With my own vampire strength, I tilted the weapon and shoved it up so it went through his lungs and into his heart. Yanking it out, I didn’t bother to stay and watch him burst into flames, then turn to ash. I ran over to the young woman huddled inside a gazebo behind my other brother Athan, who was finishing off the last of the murdering leeches.

My two brothers and I had been on our way home from celebrating a friend’s mating. We could have simply popped back to each of our houses, but we enjoyed some human activities, such as driving.

We saw the young woman surrounded by at least six men. We knew immediately that they were vampires, and with so many, it was doubtful this was a catch and feed.

No, when they banded together like this, it was usually because they’d cornered an unmated consort, a human destined to be with a vampire before she was even born.

I’d been driving, so I wasn’t able to teleport over there right away. Athan and Stephan had been gone in an instant. Pulling over, I parked the car and quickly popped over to the group. I’d ushered the frightened woman over to a nearby gazebo and told her to hide inside before handing her a clove of garlic and a small bottle of holy water. Then I joined the fight.

Not just any kind of vampire, though. These assholes were bitten, not born, and unable to be in the sun without turning to ash. They were susceptible to garlic, holy water, crosses, etc, and were destroyed by a stake to the heart.

This girl was intended for a vampire of a different breed, like my brothers and me. We were born vampires—daywalkers—though that didn’t mean we didn’t prefer the night. When you were as pale as we were, sunburns were a bitch. Plus, our eyes were very sensitive to the light.

The deterrents that helped to defeat the others had no effect on us. We had to be beheaded and burned to be destroyed. We survived on blood but had the luxury of enjoying food. Whereas the frozen bodies of the undead were unable to process anything except blood.

Every daywalker was given a destined consort, human or otherwise, although Fate hadn’t exactly made it easy for us to find them. I was almost a thousand years old, Athan was nearing eight hundred, and Stephan had just celebrated his six hundred and twenty-eighth birthday. We’d searched the world over many times, but none of us had been lucky enough to find the other half of our souls.

The nightwalkers wanted to rid the world of our kind and sought to kill our consorts to keep us from procreating.

“Are you alright?” I asked softly as I approached her. She watched me warily, her eyes not as wild, but still swimming with fear. “We won’t hurt you, I swear.”

She blinked a few times, her expression showing her indecision, but after a minute, she slowly got to her feet. The girl pushed her hair back over her shoulder, and I spied the mark that confirmed my suspicion. Every human consort was born with what they thought was a birthmark on their neck. It consisted of two round, reddish-brown marks, similar to freckles, but much larger. They were, in fact, the very spot the vampire would need to drink from to turn their mate.

Athan had glided over to the entrance, and she held out the items I’d given her. He took them with a smile, his hand brushing along hers in the transfer. His bright blue eyes, the staple of the Bancroft bloodline, flashed with disappointment, but he wiped it away as fast as it had appeared.

Our kind were born with the inability to feel any sort of sexual stimulation for anyone but our mate. Only through the touch of our skin were we able to discover them, simply because our bodies would stir to life. We would also know through the taste of their blood, which would be the sweetest of ambrosia on our tongue. Drinking from any other human source was bitter and disgusting. We procured our blood through a service since it didn’t taste terrible once it had left the body.

“What is your name?” Stephan asked as he walked to my side.

“And do you know what we are, Beth?” He kept his tone gentle, trying not to frighten her any further.