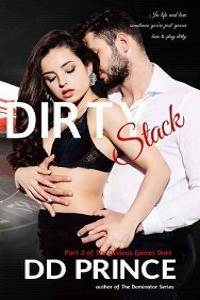 Hearing this, I break into a jog, moving down the yellow hallway toward the door to the shithole I have no choice for another year and a half to call home. The hollering is coming from that asshole, aimed at my ten-year-old brother. This isn’t the first time he’s called him that, though now that I’m the same size as him, he only does it when he thinks I can’t hear. Considering I’ve heard from six doors away, he’s on a tear about something. As usual.

He’s mean when he’s drunk, mean when he’s sober. No clue which version Willie’s dealing with right now. It’s not five o’clock yet, but that doesn’t matter to this asshole. I’ve seen him drink at all hours.

I’m gonna have to quit the football team. I’ve been chewing on it for a week already and I know I can’t put it off any longer. Too much time for Willie without me. With me being so busy, I haven’t been able to pick him up or drop him off to school most days and fuck knows she won’t get out of bed early enough to get him there on time and since she loses track of time, it means at least a couple days a week I gotta go looking for the kid when I get home after practice because she forgot to pick him up.

It’s five blocks to his school and I’ve found him at the school, at the park that’s the drug dealing square for our hood, and the other day hangin’ out with a couple drunk bums by the warehouses at the end of our block. We live in a shitty complex, not the sort of place he can just hang out. Either there will be crackheads or homeless drunks bothering him, flipping him out – or when there are kids around, they’re usually older and pick on him. Until they see me, then they scram. He gets hassled for always being late for school, not to mention harassed for his shitty shoes, for being so skinny, for his drunk-off-her-ass mother.

Our mother’s mother, Nan, she’d slap Mom in the face if she saw how bad things have gotten since she died. Not that they were ever that great before that, but they’ve gotten way worse.

I quickly get the door unlocked and shove in, seeing the asshole directly beside the door hauling my brother out of the coat closet by the back of his ratty t-shirt.

He sees me and lets go of Willie, whose wide eyes switch from fear to relief at seeing me as he stumbles and falls to his knees.

“Get yer hands off him. Already told you,” I bite off, “You do not fuckin’ touch him.”

He nearly backhanded my kid brother last week for making noise before noon on a Saturday, standing there in his boxers pulling his hand across his body because Willie was playing with his Beyblades and with rip cords to set them off, it’s loud. But as he was getting ready to strike, he saw me poking my head around the corner, so the asshole stormed off and slammed the bedroom door instead, directing his frustration at my mother.

“Do not fuckin’ pull the batteries outta the remote again, you little...” He points at Willie.

My nostrils flare. “He hurt you, Willie?” I demand.

“Relax, Killian. Fuck, kid. You’re so goddamn high-strung.” Max wanders to the fridge and looks inside.

The kid stands there in a ripped and dirty (not to mention shapeless, stretched from Max’s yanking on it) t-shirt and old, pilled trackpants that are too short on him. There’s a hole in the left baby toe of his dirty looking sock and his nose is running. His curly brown hair is also in his eyes. He hasn’t had a haircut in six months.

“She went to the church to get food,” he says, using his t-shirt to wipe his face.

Kid is hungry all the fuckin’ time. Just because she lives on booze and cigarettes she thinks she can get away with feeding us table scraps. If it weren’t for me and my part-time job, things would be even worse.

“I’ll take you for food. Go change your clothes and wash your face.”

Maybe I’ll take him for a haircut, too.

His eyes light up brighter as he wipes his nose. “Can we get chili fries? Chicken fingers?”

Max cracks open a can of beer and walks back to the couch while scratching his gut. Funny how she’s gone to the food bank at the church for the second time this month and yet there are two six-packs in the fridge.

Max doesn’t have a job right now. Which explains why he’s here. When things are good for him, he’s always got better places to be.