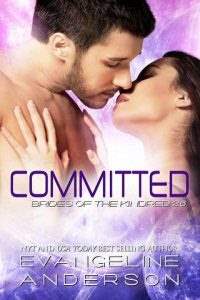 The Eye of Ten’gu was restless. Its master, the Dark Father, had awakened his scion within…but now what? It floated in the void of the time-suck beneath Hell’s Gate station—trapped in a time so slow it might as well have been frozen solid. Why had the master awakened it, if there was nothing it could do to hinder or harm the Kindred, which was its only purpose for being?

“You are not frozen and you can still fulfill your purpose,” a dark, cold voice whispered to the scion. It was faint but filled with malice, coming as it did, from a different, parallel universe where the Dark Father held sway.

The eye blinked, its blood-red surface nictitating with infinite slowness in the time-suck which held it.

“What must I do, Father?” the scion within it asked.

“You have the power to rearrange this universe,” the Dark Father informed it. “I cannot, for the cursed Kindred Goddess has closed its borders to me. But you are within those borders—you are able to cause catastrophic damage to the race we hate.”

“But how?” the scion within the Eye demanded. “When I am trapped within this time vortex and I can barely move?”

“You must use what you have to work with,” the Dark Father growled. “Use the time itself. Bend it—manipulate it. Within the vortex you can reach either forward or backwards in this universe’s history. You have enough energy to alter one event—to change one detail in the Kindred’s timeline—pick one and use your power well!”

The Eye of Ten’gu blinked again, thinking, searching along the timeline as its Master had commanded. One event—it could use its limited power and the energy of the time surrounding it to change just one event in the Kindred’s history—what should that one event be?

How can I hurt them most? the scion wondered. What do they value the most and how can I take it from them?

Then, the scion saw it. The Eye narrowed, its bloody pupil focusing across the years, finding the one event it could alter that would change everything.

“Yes…good,” the Dark Father rumbled, seeing where his scion was focusing. “What the Kindred care most about are their brides. And the planet they call the most brides from is that insignificant little blue speck called ‘Earth.’”

“But what if they never came to Earth in the first place?” the scion within the Eye speculated. “What if the scout they sent to find out if the planet was hostile was incapacitated in some way?”

“Very good,” the Dark Father agreed. “If the Kindred had never came to Earth because they believed the inhabitants were hostile, they would not have been there to stop the invasion of the Scourge.”

The Eye blinked, moving rapidly along the altered timeline it now envisioned. There was no other planet that was such an abundant source of brides which the Kindred—being 95% male—needed in order to survive as a species. If the Earth were ravaged and destroyed by the Scourge because the Kindred never came to fight them, they would eventually die out.

But what if those events had never happened? What if the scout never reported back—or it appeared that the humans had attacked or hurt it in some way? The Kindred wouldn’t seek brides from a hostile race, no matter how desperate they were. But how could such an event be engineered?

The scion within the Eye of Ten’gu searched carefully until at last it found what it was looking for—the perfect moment, the perfect event to set in motion a perfect storm of failure. By breaking one tiny thing, it could alter the entire Kindred timeline and ensure the ruination of both races at once.

The scion knew exactly where the nail was—the one thing that needed to fail and break in order to alter everything. It would be the first domino in a series that would end in a deadly cascade that kept the Kindred from ever going to Earth in the first place.

Reaching out across the years, the scion within the Eye used its one chance at destruction to good effect. It broke something tiny—so tiny it could not be seen by a human eye. Then it sat back, satisfied, to watch the events it had set in motion unfold.