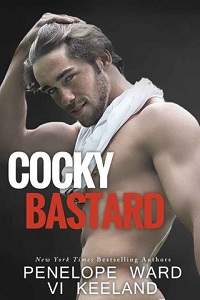 I wondered if the vibration would feel good between my legs.

The sun caught the chrome of a Harley Davidson parked a few spots over, gleaming in the sweltering midday sun. I waited until Maroon Five finished playing on the radio, oddly fixated on the two-wheeled-man-toy as I fished in my purse for my cell phone. The motorcycle was simple—high gloss black and shiny silver, worn leather saddlebags with a skull embossed below the initials C.B.

How good would it feel to ride? Wind blowing through my long hair, arms wrapped around a man with a tough sounding nickname, engine purring beneath my jean clad thighs. Horse? Drifter? Guns? Wait. No. Pres. My imaginary biker was most definitely called Pres. And he’d look just like Charlie Hunnam.

I glanced down at my iPhone and found a half dozen new messages from Harrison. Inwardly, I smirked. Certainly, there is no one named Harrison that ever rode a Harley. Tossing my phone back in my bag, I cut the engine of my packed BMW and glanced behind me into the backseat. Boxes piled to the ceiling were beginning to make my full-size car feel claustrophobic.

A bus full of travelers pulled into the rest stop. Great. I’d better go in now and get my lunch, otherwise I’d never get out of here. Ten hours into a cross-country trip from Chicago to Temecula, California, I was somewhere in the middle of Nebraska with about another twenty some odd hours to go.

After a fifteen-minute wait inside for Pepsi and Popeyes fried chicken bites that I planned to eat back in the car, I stopped into the small souvenir shop. I was so tired and didn’t really feel like driving the additional five hours I had to go before finding a place to sleep for the night. Yawning, I decided to stall and browse for a few minutes. Checking out some trinkets, I eventually picked up a Barack Obama bobblehead and shook it mindlessly, watching its maniacal smile as the head bounced up and down.

“Get it. You know you want it,” a deep, raspy voice said from behind my shoulders. Startling me, it caused a knee-jerk reaction that resulted in the bobblehead slipping from my fingers and falling to the ground. The head broke off of the spring neck and rolled away.

The woman at the register shouted, “I’m sorry, ma’am. You’ll have to pay for that. Twenty dollars.”

“Damn it!” I spewed, following the path of the rolling head. As I bent down to pick it up, there was the voice again from behind me.

“And to think, some people say he’s got a good head on his shoulders.” He seemed to have an Australian accent.

“You think this is funny, asshole?” I asked before turning around and getting my first look at the man behind the voice.

“You don’t need to be a fucking bitch about it.” His mouth curved into a wicked grin as he handed me the bottom half of Obama. “And for the record, I did think that was really funny, yes.”

I swallowed and seemed to lose my ability to speak as I took in the Adonis standing before me. I wanted to smack that cocky smile right off his face, though—his gorgeous, chiseled, scruffy face, framed by a thick head of copper-brown hair. Fuck me. This man was insanely hot, not someone I expected to come across out here. This was the middle of nowhere USA, not the Australian outback for Christ’s sake.

I cleared my throat. “Well, I didn’t think it was funny at all.”

“Then, you need to take the stick out of your arse and lighten up.” He reached out his hand. “Give it to me, Princess. I’ll pay for the damn thing.” Before I could respond, he grabbed the two broken pieces from me, and I cursed at the shiver that ran down my spine from the brief contact of his hand brushing against mine. Of course, he had to smell amazing on top of it all.

I followed him to the register as I fished through my messy purse for money, but he was too quick and had paid for it already.

He handed me a plastic bag containing the broken bobblehead. “There’s some change in the bag. Buy yourself a sense of humor.”

My jaw dropped as he walked away and out of the store.

It was. A fine one. A thick, juicy, round ass hugged tightly by his jeans. God, I really needed to get laid, because it didn’t seem to matter that this guy had just insulted me to my face; my panties were practically wet.

After several minutes of staring into space at a shelf of Nebraska Cornhuskers t-shirts, I gave myself a mental kick in the butt. My reaction to the incident proved that fatigue had gotten the best of me; I wasn’t usually that short-tempered. It was time to shake off the bizarre encounter and get moving. My stomach was growling, and I was looking forward to breaking into the fried chicken once I hit the road. I snuck a piece out of the box in my bag as I walked out of the building. My chewing ceased when I noticed him two spots down from my car—sitting on the very motorcycle I’d been fantasizing about earlier.