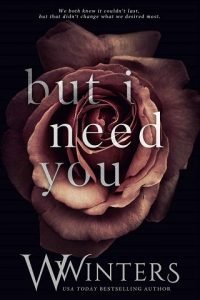 “It’s so much darker when a light goes out than it would have been if it had never shone.”

It’s warmer in the barn. Here in the corner, nestled in the hay, it’s far warmer than it is outside. More importantly, in this back corner, there’s not a place for the brutal wind to slip in. The tips of my fingers could just as well be pieces of ice tucked under my chin as I hunker down in the hay. It smells like dirt and pigs, but the warmth is more comforting than anything I’ve felt in days. By the looks of it, there hasn’t been a soul here in quite some time.

I spent the past three nights outside. Last night I dug into the ground to try to hide from the vicious wind that whipped through my tattered clothes. The hard earth was like a brick of clay and it took far too much energy to dig deep enough. It helped, but my throat is sore, my body is weak and I don’t know that I’ll ever get my hands warm again. There’s only one thing I’m certain of: I can’t keep going on like this. Something has to give.

Late fall in the northeast turns frigid sooner than most cities. My teacher used to refer to all the backwoods towns off the highway outside of New York City as Podunk. So that’s what I’ve been calling them all, the Podunk towns. I don’t even know where I am other than somewhere deep in the woods but to the left of the farms. It’s open fields out there, wide open with nowhere to hide.

This barn looks abandoned, a lonely decrepit place, and perfect for one night. Just one night to close my eyes and get the strength to keep moving. I don’t know how far I’ll run, but he told me his home was past the Podunk towns and that’s where mine used to be … if only I can find it.

When I close my eyes and ignore the smells, all I can hear is his voice. I try to forget the worst parts and only think about the stories he told me. He had so many good ones about his mother and how she was going to find us and save us. I remember how sure he was whenever he said we were safe. It was the only way I could sleep although I would have never admitted that to him. I was the one who was supposed to be protecting him, not the other way around. Safety surrounds me for a moment; a long enough moment that my eyes feel heavy and my body sags against the barn wood, begging me to give in to much-needed sleep.

Every muscle still burns from running. Even worse so because I ran up the mountain and into the thick, dense forest when I heard the cars coming. I won’t let them get me too. I’ll never be caught again. Each little cut stings and seems to sear the memories into my skin with every small movement, but I focus on the stories … the good ones he told. The ones that almost made us smile, the ones that made us forget where we were.

Sleep nearly takes me … almost there.

Until a sudden creak forces my tired eyes wide open and my heart races, listening to a man pry open the doors of the barn.

My father always told me to trust my gut. He also said when someone shows you who they are, believe them. It’s always made sense to me, as has most of my father’s wisdom, and from the day he gave me that piece of advice until now, I’ve lived by that motto.

Right now, though, as I stare into Cody’s eyes, listening to him reassure me that I know everything he does about the cold cases and about Marcus, I doubt myself. I thought I knew him. I thought wrong. The man I know Cody Walsh to be is nowhere around and a stranger stares back at me.

I find myself in his home feeling anything but secure. He’s lying to me. It’s the only thing I’m certain of and I can’t even begin to process how much it hurts. Of everyone I’ve worked with to solve these cases, I trusted him the most. I’ve leaned on him for years and right now, I question everything.

Men have secrets, my mother used to whisper. Back then I thought she was the crazy one. Now I’m wondering if I inherited that trait as well.

“I’m telling you,” Cody says, starting up again, bringing my gaze back to his. “You’re worked up and I don’t blame you, but there’s nothing I know that you don’t.” His voice is calm and comforting, but his eyes are flat and devoid of commitment. It’s like they want me to know he doesn’t mean a damn word he’s saying.