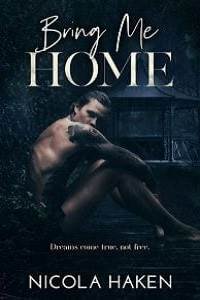 School had dragged by painstakingly slowly today. It always did when Hugo hadn’t turned up before the end of registration. It was a pretty crappy place to be without my best friend by my side. I didn’t have many friends, wasn’t slim enough to hang with the popular girls or smart enough to chill with the boffins, but I didn’t particularly care. I liked my own company and I had my drawing pad and pencils to keep me busy. What made the day painful was knowing that if Hugo wasn’t there, it meant he was having a bad day.

At lunchtime I knocked on the door of the head of pastoral’s office. Mrs Armstrong knew Hugo well, better than his own fucking parents, and I wanted to see if she’d heard from him…or them. I doubted the latter.

“Helen.” She said my name with sadness, like she already knew what I’d come for. “You know I can’t talk about him with you.”

Yeah, yeah, confidentiality and all that crap. She must’ve known Hugo and I shared everything. “Please, Miss? Can you at least tell me if he’s called in? Or you’ve heard from his mum? I’ve tried texting but he’s not replied.” I couldn’t call because I’d ran out of credit, but he always replied to my texts unless things were really bad. He was also supposed to have music today. Hugo never missed music. It was the only lesson he actually enjoyed.

Mrs Armstrong’s head tilted as she exhaled a long sigh. “I haven’t heard anything,” she admitted, clearly feeling sorry for me. It wasn’t me she should feel sorry for. “Try not to worry.”

“Right.” The word sounded every bit as acidic as I’d intended it to, though I knew I’d probably feel bad later. I liked Mrs Armstrong. She’d been the only adult in his whole life to show an interest in Hugo and his needs, but in that moment I needed her to make me feel better and she had nothing.

Hitching my bag further onto my shoulder, I turned to leave, make my way to English, but stopped when I heard my name. “And Helen?”

I spun round, heart racing with anticipation in case she’d changed her mind, decided to give me news about my friend. “Yeah?”

“Lengthen that tie. You know the rules.”

At the end of the day, I sprang from my seat before the bell had finished ringing. I caught the bus straight to Hugo’s house, knowing my mum would still be at work for a couple more hours. No one answered after my first knock, so I did it again, harder this time.

“All right, give it a bloody rest, will yer!” I heard Mrs Hayes yell from the other side. My head moved with the door, followed it open trying to get a look inside to search for Hugo.

“He’s not ‘ere,” said his mum, the words slurring on her lips. Great, she’d been drinking again.

She scratched at her face, rubbed her eyes like I’d woken her. Then, she just shrugged.

“Right. Thanks.” I didn’t wait for her to close the door before walking off. I was pretty sure I knew where he’d be now, so I picked up my pace into a jog and sprinted to the end of the road, turning left towards the park.

“Christ,” I choked out into the cold September air. Being fat didn’t usually bother me, but I hated myself right then for being unfit. My run had slowed into a fast walk because breathing had started to feel like inhaling shards of glass. All I could think was if I’d stuck to the diet I’d started a month ago, I could’ve reached Hugo already.

Eventually, the monotony of bricks and pavements broke and the field of green came into view. Once through the gates, I passed the playground and the fountain, kept going around the pond and down past the gigantic cedar until I saw the neglected bandstand. Our bandstand.

“Hugo…” His name rolled off my tongue as a whisper when I saw the hunched figure a short distance away. I ran for the stone steps that led up onto the polygonal stage and, when I got there, took them two at a time. “Hugo.”

Dressed in his school uniform, minus the blazer, Hugo had his back to the metal railings, his head buried deep in his knees which he was hugging close to his chest. Tossing my bag onto the floor, I knelt down beside him. “Hugo, what is it?”

His body started rocking back and forth, gently at first, but when I tried to take his arm he pulled back and started moving even faster. A loud sob ripped from his throat and he flung his head back onto the railings. The sound of the impact made me jump, forced a rush of air into my lungs. Then, he did it again…and he wouldn’t stop.