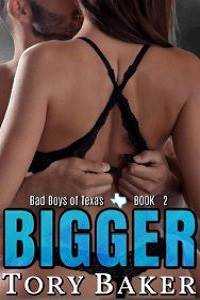 He’s been in here more times than I can count, flirting, making appearances for the smallest of items, sometimes he doesn’t even buy anything. The worst part? Trace McCray doesn’t remember me. I guess that happens when you have a glow up from the last time you saw him. It’s not that he was ever mean to me in our high school days, not in the least. Trace was nice, but that didn’t make us friends. It also didn’t stop me from daydreaming about him.

Now that I’m back home helping my parents, though, he’s finally noticing me. Gone are the braces, the glasses, and the bright red hair. It probably didn’t help that I was three years behind him, so the only interaction we had was in high school, and let’s be honest, even living in a small town, there wasn’t much either of us had in common.

Fast forward six years, and I’m back home. Not where I really wanted to be, but here I am working at the hardware store. The reasoning on why I’d rather be anywhere but this small town in Texas, well, let’s just say just because Trace was nice, that doesn’t mean the other people in town were. The name-calling was bad—four-eyes, carrot top, asking if the drapes match the curtains, and brace-face were just some of the few things they said. It was when they started doing other things to me in my Junior year of high school that had me transferring to being homeschooled. I could handle a lot, but when they started messing with me in the locker room for my lack of a chest and boney body, I was done.

Mom and Dad saw it coming but were waiting until I came to them. I’d tell them both about the latest crap that was going on, but I didn’t allow anyone to wade in. The final straw was when they locked me in one of the gym lockers in my bra and panties with no way to get out until the janitor came in and let me out. I was so embarrassed, I got dressed while Mrs. Marjorie stood guard of the door and then escorted me out. The worst thing to do was stay silent, but at that point, I was bone tired of it and ready to move on.

That was years ago, and I’d like to think that’s what made me stronger than ever before, plus the fact that I now wear contacts, the braces are long gone, and my hair has turned into a dark auburn color. Not to mention I didn’t stay boney forever. Apparently, the stress from high school bullies was the biggest problem because the minute I was away from them, I flourished.

The only reason I’m back home, well, there are two things. My parents need help around the hardware store, and that little thing called a job and a place to live. Apparently, getting a degree in Library Science wasn’t the best idea. Finding a job is a whole other story of being completely impossible since everything’s electronic these days, and finding a library that was hiring for above minimum wage, yeah, even worse. So, I’m home for the time being, still daydreaming about a boy who’s now turned into a man. Even at the age of twenty-four, I’m beginning to think happily ever after isn’t something I’m meant to find.

It’s the third time this week I’ve been in Russell’s Hardware. Hell, I don’t even need anything today. Nope, just in here to get a look at the girl who’s working at the cashier station, though, when I’ve been in here before, I got an eyeful. She was up on her toes, reaching for the top shelf to restock the lower one, and boy, did she have some delicious fucking curves—an hourglass figure that was fine as hell from behind, an ass I wanted to sink not only my teeth in, but I wanted my hands full of them while I was taking her from behind. And don’t even get me started on the front view—beautiful face, lush lips, skin light in color with a smattering of freckles on her cheeks. The way her tits moved with every deep breath, lifting them up higher. I knew from looking alone they’d be more than a handful in my hands.

What I haven’t gotten yet, though, is a smile or her name. That’s partly my fault, what with the small talk and me asking her questions I sure as shit already know the answers to. Didn’t mean I was dumb enough not to ask them, even if it was just to hear her voice. Today, though, it’s a whole new ball game. I’m going to go after the girl who has me seeing a future for the first time in all of my twenty-seven years.