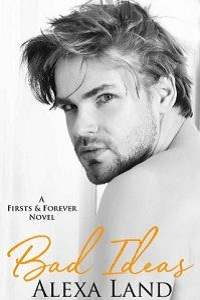 “Why is there an ass print in the middle of my cake?”

My coworkers, who’d just finished serenading me with a delightfully tuneless rendition of the birthday song, all tilted their heads to take a look at the twin craters. The words “Happy Birthday Casey” had been squashed and then re-written in light blue icing.

“That’s my bad,” Darice said. “My three-year-old sat on the cake. But don’t worry, there was a double layer of plastic wrap over the top of it, so there was no actual ass-to-cake contact.”

“You know what? It’s totally fine,” I told her. Given the way my life had been going lately, an ass cake actually seemed pretty appropriate.

My friend Yolanda gestured at the cake and exclaimed, “Blow out the candles already, Casey! They’re melting away to nothing.”

I paused to think for a moment. Once I had a wish in mind, I tried to extinguish the thirty-three candles in one breath and failed miserably. After a second attempt finished the job, my coworkers leapt into action.

Since we were all nurses, cutting the cake was handled as quickly and efficiently as a medical emergency. One person plucked the candles while another grabbed a stack of paper plates. Meanwhile, Yolanda followed behind the candle plucker and cut the huge sheet cake into precise squares. After the first row was carved up, another coworker began transferring the slices onto the plates, which were passed around the break room with napkins and plastic forks.

A corner piece with dark blue roses was stuck into my hands, and I began wolfing it down. All of us ate standing up, since we knew our break could be interrupted at any moment.

Darice licked some frosting off her fork before asking, “Why the hell did you come into work on your birthday, Casey?”

I grinned at her. “So I could spend it with all of you.”

She shot me a look. As a mom of three, her bullshit detector was finely tuned. “No, really.”

“That’s true, actually. Besides, I didn’t have any other plans.”

That earned me a lot of pitying looks, but the lack of plans was by choice. My brother Seth and my best friend Eden—who’d become a couple two months ago—had wanted to take me out to dinner. I’d told them I had to work, and then I’d volunteered for this additional shift.

I quickly added, “I’m planning to celebrate with some friends tomorrow.”

Yolanda chimed in, “Tomorrow’s the hospital’s holiday party. You can’t miss it.”

“Yeah, I don’t know about that. Everyone’s bringing a date, and you know I’m terminally single.”

Yolanda brushed an escaped strand of dark hair toward her ponytail as she told me, “You can just sit with JoJo and me. You know my girlfriend loves you.”

“You won’t be. Just come. Who doesn’t like a free dinner at a fancy hotel? Plus, they give away great raffle prizes.”

“But I didn’t even RSVP. It must be too late now.”

“I did it for you. I even said you were bringing a date.” Yolanda flashed me a huge smile as she said that. “Not that you need one, obviously, but this way you have the option.”

I was running out of excuses. “Why is it the first weekend in December? I’m not even sort of in the holiday spirit yet.” Actually, I didn’t expect that to change over the next three weeks.

“It’s early every year, because the organizers figure everyone becomes busier the closer it gets to Christmas,” Darice explained. “And Yolanda’s right, you really should come. It’s a big deal. I even hired a babysitter and bought a new dress, and you know how cheap I am.” That made me grin.

“Plus, you started working here in January, so this is your first holiday party,” Yolanda added. “It’d be good to make an appearance and show you’re a part of the team. Everyone will be there, including our supervisors.”

“Okay, fine, I’ll come. But don’t be surprised if I bail out right after dinner.”

“That’s fair,” Yolanda said. “It’ll just be nice to see you get out of the house and participate for a change.” I’d rented a room from her since October—when Eden and Seth got together—so she knew I’d been moping the last couple of months. There really was no denying it.

I went to polish off the dark blue frosting rose I’d saved for last, but on the way to my mouth, it tumbled off the fork and down the front of me. I swore under my breath as I dabbed at the frosting trail with a napkin. At least it was sort of camouflaged by the repeating pattern of dancing penguins on my scrubs.

As I wiped up the squashed frosting rose and deposited it in the trash with my empty plate, Darice asked me, “Would you mind taking some cake to Suzie and Wayne in the kitchen? I promised them a piece when they saw me bringing this in, and I want to get the rest of it plated up for everyone else.” Half the nursing staff was still out on the floor, since it wasn’t like we could all take a break at the same time. Given the size of that cake, there’d be plenty for the overnight staff as well.